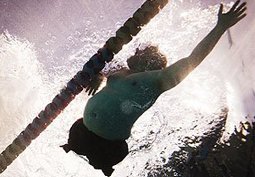 CAMP PENDLETON — Several hundred of the bravest of “the few, the proud and the brave” are set to show their mettle yet again, but this time off the battlefield.

More than 300 injured Marines from across the country are expected to vie for top honors in the annual Marine Corps Trials for wounded, ill and injured troops scheduled for March 1-6 at Camp Pendleton.

Active duty Marines, reservists and veterans will go head to head for a spot on the 2013 All-Marine Warrior Games team as they compete over six days in sports such as track and field, archery, shooting, swimming, cycling and wheelchair basketball. Four teams comprised of service members from the Wounded Warrior Battalions East and West along with veterans and service members of allied nations are set to compete.

The top 50 athletes will get a chance to compete in the Paralympic-style Warrior games, scheduled for May 11-17, at the Olympic Training Center and the Air Force Academy in Colorado Springs, Colo.

The games will pit Marines against several hundred service members from other branches of the military, including the Army, Navy, Coast Guard, Air Force and Special Operations.

The Marines will be defending their first place title, which they have held for three years since the games started in 2010.

The trials are hosted by the U.S. Marine Corps Wounded Warrior Regiment and are a part of its Warrior Athlete Reconditioning program, which gives injured Marines a chance to train as athletes and build their strength outside the traditional therapy setting. Service members typically choose one sport and train 3-4 hours each week.

The regiment provides non-medical care to combat and noncombat injured Marines and sailors to help them return to duty or transition to civilian life. The regiment headquartered in Quantico, Va., is in charge of the operations at the two Wounded Warrior Battalions at Camp Pendleton and Camp Lejeune, N.C. along with multiple detachments around the world.

The trials are open to the public and free for spectators.