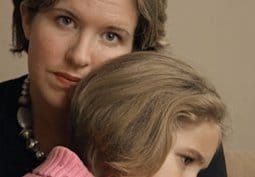 As most of you are aware, the weather’s taken a little bit of a chilly turn here in the Midwest. It’s normally over 90 degrees this time of year, and right now it’s closer to fall weather. This morning the sky was a mix of sun and dark grey clouds, and the air was a brisk 68 degrees. This is October weather, not July. And my anxiety has taken a turn for the worse.

When the weather turns chilly, and the sky goes grey, and the leaves start to fall, and Starbucks brings around it’s Pumpkin Spice Lattes and Caramel Apple Ciders, my stomach gets in knots and a feeling of dread comes over me. I feel as though something awful is about to happen.

It’s been 3 years now since my husband left for his first deployment to Afghanistan. And every fall since then, I relive the feelings of sadness, worry, and despair. He left at the end of August in 2010, a little less than 2 months after we got married, and it was the beginning of the absolute hardest year of my life. I had never been so sad, nervous, worried, and overwhelmed in my entire life. I can’t sum up for you what it feels like to have your spouse being deployed, unless you’ve experienced it before, yourself. It isn’t fun, to say the least.

Constantly worried if he’s ok, wondering what he’s doing and if he’s safe, hoping to hear his voice again soon because it’s been days or even weeks since the last time you heard from him, unable to fall asleep every night due to nerves, hoping he comes back alive. Being left alone in the house you two shared, constantly reminded by every hoodie and sock of his that he’s not there and won’t be again for a very long time. Being prescribed Xanax by your doctor because the stress and worry has given you both a headache and body aches that lasted for 4 days straight and to help you finally start sleeping at night. Going to every holiday, family and friend gathering, and even to work being bombarded with “I’m so sorry you’re going through this! What’s he doing over there? Do you know where he is? Is he doing anything dangerous? Has he had to – you know – do anything horrible to anyone over there? When’s he coming back? This must be so hard for you!”

It’s nice that people care, don’t get me wrong, but when you’re taking each day at a time, trying to just get through it, sometimes you just want to be able to go one day without being reminded of the situation you’re in, or being asked questions you’re not allowed to answer, or being pitied. Deployments are a bitch. Especially when they’re 13 months long.

I had to turn into superwoman that year. The world wasn’t going to stop while he was gone, and I had to keep moving. I handled all of the bills, made sure he had everything he needed while he was over there, sent him as many care packages as humanly possible, took care of all of the plumbing issues and house repairs by myself, still went to work every day, and just kept the house and myself going. I even faced the first intense blizzard our area has faced since the 1980’s, and a summer full of enough severe storms to knock out power here in the Chicagoland area for a week. I had to tackle everything by myself when I’m used to having a partner there, all while underneath all the fears and anxiety were still very present.

That was the first deployment I had ever faced, and the longest one my husband had ever done in his 16 years in the Army Reserves. It was the start of my anxiety problems and the most traumatic time I’d ever experienced. And it was a long time to be exposed to those feelings. And now every fall those feelings come back, even though he’s been home for 2 years now and he’s not going anywhere again anytime soon (knock on wood.) So you can imagine how this very fall-like weather we’re experiencing, similar to when he left, is causing me some issues.

Because family of servicemembers can also suffer from PTSD after deployment:

“Most military wives do keep it together during a mobilization. While our soldier is gone there is nothing we can’t do, but for some the problem begins when the threat is over. Once our soldier returns from combat and life should be getting back to normal seems to be the time many wives fall apart.

The military prepares us for everything relating to our soldier and the aftermath of war for him. We are told what to look for and the sign of PTSD. They forget to tell us that we may experience some symptoms of PTSD as well. We watch for their nightmares, outbursts of anger, trouble relating with others and trouble with sleeping along with many other “red flags” yet wives are not warned that they may experience very similar symptoms after their soldier returns home.

After a year of living in constant fear, jumping each time the phone rings and looking out the window, praying that the person at your door is not wearing a combat uniform, also takes a toll on the soldier’s wife.”

I’m not dismissing the fact that returning soldiers have worse symptoms of PTSD. They were actually sent away overseas somewhere, to do a very tough job. Some of them faced having to do things they never thought they’d ever have to do, and experienced some things that will affect them forever. I don’t want to takeaway from the seriousness of PTSD for returning soldiers. My husband and many other service members have it far worse than I.

But it is possible for the spouses, and even children to experience PTSD after a soldier’s deployment as well. And even though I know the cause of my increase in anxiety every autumn for the past couple of years, I still feel weird acknowledging it as PTSD, because I didn’t go away to war – I didn’t go through what they went through. It feels wrong to admit that you’re suffering from something that soldiers who went to war have. No, I didn’t go away to war. But I went through something traumatizing, too.

I want to be OK with admitting that I have mild PTSD. For the most part, I’m OK in doing so when I can actually explain it, like I just did here to all of the interwebs. But when having to explain to other people who are unfamiliar with anything military as to why you’re short of breath, your stomach is in knots, and you feel like the world’s about to end just because the weather turned chilly, it’s awkward to say “it’s just my PTSD kicking in.” People give you weird looks – because you’re not a soldier who went overseas.

But when your husband goes to war, you actually do, too. And that’s not something many people remember or realize.

So now I’m going to do what I do every fall now – remind myself that nothing’s happening, and it’s just something I’m remembering having gone through. And when the weather warms up again in a day or two, I’ll feel normal again. And then I’ll just deal with it the same way when it rears its ugly head again in September.