How the Millennial Generation Works 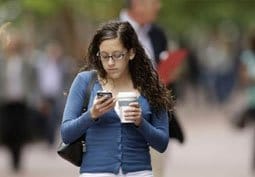 Every generation has its own attitudes, values and even quirks. Consider, for example, how different Baby Boomers (those born between 1946 to 1964) are from their parents’ generation. No one disputes that the Boomers largely revolted against the morally conservative upbringing of the previous generation. By doing this, Boomers created their own set of values that eventually dominated the culture, including feminism, looser sexual mores and anti-war sentiment. Although the Boomers are one of the more stark examples of generational change, most generations do this to some extent. And the most recent generation to get its own name, the Millennial Generation (born 1980 to about 2000), is no different.

Studying generations is no easy business, however. Dividing and defining people by their birth years can seem like an arbitrary oversimplification. And to some degree, it is. Of course, not every Boomer opposed conservative values. Not everyone from that era fits neatly into the stereotype of a hippie who believed in “free love” and protested the Vietnam War. But generational researchers argue that a shared experience of major events during formidable years, coupled with the shared experience of being raised by a certain generation with its own values, creates a generation with a unique bond and common attitudes.

And although the parameters of Boomers were relatively easy to define (the end of World War II until the proliferation of the birth control pill), other generations are much harder to split up. For instance,Generation X was born around 1965 to 1980. What makes a “Gen-Xer” born in 1979 that much different from a “Millennial” born in 1980? Nothing, of course. But, for the purposes of studying the shift in generational attitudes, researchers have to draw the line somewhere.

One of the seminal books about this new generation, “Millennials Rising” by Neil Howe and William Strauss, was published in 2000. The authors settled on the name “Millennials” rather than “Generation Y” or “Echo Boomers,” which are also common labels, because they found that the youths themselves preferred it. Compared to those other names, the term “Millennial” didn’t put them in the shadow of a previous generation. The authors also caught on early to some identifying traits of the Millennials that have been supported by subsequent research, such as their absorption of technology into their daily lives, as well as an indomitable confidence both in the future and in themselves — perhaps to a fault.

Many researchers, including the Pew Research Center in a 2010 report, have examined the Millennials’ attitudes and opinions across a spectrum of issues. Most show evidence of a generation that is highly educated, self-confident, technologically savvy and ambitious.

Politically, Millennials were among Barack Obama‘s strongest supporters during the 2008 presidential election (66 percent voted for him). They are also less religious than older generations were when they were younger. Demographically, Millennials are larger and more ethnically diverse than previous generations. According to Pew’s report, they’re also more accepting of interracial marriage [source: Pew].

Because employers are especially interested in understanding the profile of a Millennial, several books also explore the effects of the generation on the workforce. Author Ron Alsop of the Wall Street Journal found through research that Millennials are largely seen as entitled and narcissistic. But he finds that Millennials’ self-confidence is likely a product of highly involved (“helicopter”) parents who vehemently encouraged the importance of self-esteem. Alsop also finds that Millennials, although good team players, are particularly ambitious, seeking constant appraisal and lightning-fast promotions up the corporate ladder. However, they desire a good work-life balance, and, to sate their desire for a fulfilling job, they’re also frequent job-hoppers, frustrating employers with low retention rates [source: Alsop].

Like many generations, the Millennials have had several seemingly “defining moments.” In addition to wars in Iraq and Afghanistan, they experienced September 11 and the shootings at Columbine and Virginia Tech. However, unlike the Boomers with the Vietnam War, there has not been a clearly unified or radical reaction to these events. What research has shown is that although Millennials are generally more willing than older generations to sacrifice liberties for security, they also want the United States to take a backseat to the United Nations in international problems [source: Winograd]. Authors Thom and Jess Rainer speculate that September 11 taught Millennials that life is short, prompting them to embrace ambition and reject “business as usual” [source: Rainer].