How Much Should You Save for Retirement? 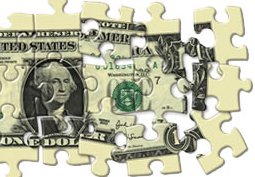 Indeed, your saving rate should be based on your household income, what probability of success you want, and the age at which you start saving according to Dimensional Fund Advisors, a mutual fund firm based in Austin, Texas.

“It is important to note that simple rules of thumb do not work for many people,” wrote the authors of the paper, Massi De Santis, a senior research associate at DFA, and Marlena Lee, a vice president on DFA’s research team. “When planning for retirement, income uncertainty can be substantial, so a one-size-fits-all solution is unlikely to work.”

In an interview, Lee said the saving rate that works well on average does not work well for people with steep income trajectories or high income variation over their working life—the very people who may need to rely more on personal savings.

What does work, Lee and De Santis wrote, is this: A dynamic approach to saving that accommodates changing retirement needs and savings capacity.

In their research, Lee and De Santis ran thousands of simulations in hopes of finding savings rates for different household income levels that would produce successful outcomes, a successful outcome being one that produces a targeted income replacement rate with a high degree of confidence.

How much to replace?

According to Lee, the first step to determine an appropriate saving rate is to estimate how much retirement spending will be financed with retirement savings. And while this estimate is specific to each individual, general guidelines about reasonable replacement rates are available, she said.

And those guidelines are these: You should aim to replace in retirement:

Lee noted that a required saving rate depends on many things, such as income paths, portfolio returns, and assumed withdrawal rates. But if you assume a few things, such as the ages someone starts saving (25) and retires (66) and you assume that savings are invested in global equities and fixed income in such a way that the equity exposure equals 120 (minus) one’s age as a percent of the portfolio, you can determine what saving rate will yield a 40% replacement rate for 95% success probability, 90% and 50%.

Among their discoveries, Lee and De Santis found that if you want to replace 40% of your preretirement income with a 95% probability, households would need to save 16.6% of their salary from age 25 to 65. But if they want a 90% success rate (that is there’s only a 10% chance of their being a shortfall in retirement), the savings rate needed is 13.2%, and for a 50 success rate, it would substantially lower (5.2%). In other words, the higher the probability of success that you might want, the more you need to save.

Lee and De Santis also determined how much you might need to save to replace 40% of your preretirement income depends in large part on the age at which you start saving.

So, for instance, someone who wants a 90% success rate and who starts at age 35 needs to save 19.2%; those who start saving at age 30 need to save 15.4%; and those who start saving at age 25 need only save 13.2%. And so, though it might be obvious, Lee and De Santis duly noted in their paper that “starting early and saving consistently should be a priority when planning for retirement.”

Lee and De Santis say retirement savers need to reconsider their saving rate if they expect high-income growth over the course of their career. “For individuals in the upper end of the income distribution at 65, for whom income growth is greater than expected, relatively low savings at the beginning of their career will not be enough to replace the high income earned as they neared retirement,” they noted.

So, one way to up the odds of having successful retirement—particularly for those who experience higher income growth—is to change your saving rate as your income changes, Lee said.

At the extremes, the paper suggests that those with household income of $25,000 or less need only save 2.2% to have a 90% probability chance of replacing 40% of their preretirement income in retirement from savings, while those with household income of more than $180,000 need to save 26.4%, call it 13 times as much as those earning $25,000 or less.

“The good news is that saving rates do not need to be as high as in (table) throughout one’s working life, but they do need to be high as income increases and when the capacity to save is also higher’” Lee and De Santis wrote.

Are you on track?

To be sure, it’s likely that you deviate from your savings plan over the course of your life. Given that, Lee said it’s a good idea to evaluate your progress along the way and make changes if appropriate.

One way to check your progress is divide your accumulated assets by your current income, or what’s called the asset-income multiple. “The greater this multiple is, the greater the chance to achieve a given target replacement rate,” Lee and De Santis wrote.

How to do an assets-to-income check:

This is for 30% replacement with 90% probability, and assuming a 4.5% withdrawal rate. The values by age are:

So what’s the bottom line when it comes to saving for retirement? Well, according to Lee and De Santis it’s this:

Robert Powell is editor of Retirement Weekly, published by MarketWatch. Follow his tweets at RJPIII. Got questions about retirement? Get answers. Email him here.

Robert Powell is a MarketWatch Retirement columnist. He has been a journalist covering personal finance issues for more than 20 years. Follow him on Twitter @RJPIII.