Healthcare Information for Veterans and Retirees 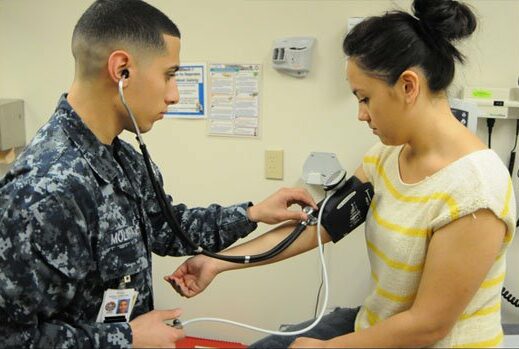 What unique Social Security benefits are available to Veterans and Military retirees?

Earnings for active-duty military service or active duty for training have been covered under Social Security since 1957. Generally, for military retirees there is no reduction of Social Security benefits because of their military pension benefits. However, Social Security survivor benefits may be reduced due to the benefits a survivor may receive under the DOD’s Survivor Benefits Plan (SBP).

Under certain circumstances, a special extra earning is credited (up to $1,200 per year) to military personnel for service from 1957 through 2001. These extra earnings credit may increase the amount of the retirees’ Social Security benefit. For those retirees with service between 1957 through 1967, the Social Security Administration will add the extra credits to their record when Social Security benefits are applied for. The credits are automatically added to the records of military personnel with service from 1968 through 2001. There are no special credits for military service after 2001.

What is TRICARE for LIFE (TCL)?

How does Medicare work for Military retirees?

Medicare is a federal entitlement health insurance program for people who are either:

Medicare is managed by the Centers for Medicare and Medicaid Services (CMS) while TRICARE for Life (TCL) is managed by the DoD. The two agencies work together to coordinate the benefits of Military retirees who are also Medicare eligible.

There are four distinct parts to Medicare, labeled Part A through Part D. Medicare Part A is hospital insurance, which covers inpatient hospital care, hospice care, inpatient skilled nursing facility care, and some home healthcare. Eligibility for Part A is determined by the number of work history credits earned by the retiree (40 quarters). Most Military retirees are eligible for premium-free Medicare Part A starting at age 65.

Medicare Part B is medical insurance, which covers provider services, outpatient care, home healthcare, durable medical equipment, and preventive services. Medicare Part B has a monthly premium, which may change annually and varies based on income.

Medicare Part D is the prescription drug plan. TRICARE eligible retirees do not need Part D to keep their TRICARE prescription drug coverage. Medicare Part C, also known as Medicare Advantage Plans, is a comprehensive healthcare plan offered by private companies that are approved by Medicare. It is an optional plan that includes coverage that is equivalent to both Part A and B, but is administered by a private company. Most Military retirees who are eligible for TFL do not require Medicare Parts C and D, or a supplemental Medicare insurance plan.

Military retirees who are eligible for premium-free Medicare Part A must have both Part A and Part B to remain TRICARE-eligible.  There is a 7-month regular enrollment period for retirees that begins during the 3 to 4 months prior to the 65th birthday, depending on what day of the month the retiree was born. Those born on the first of the month are eligible to sign up for Medicare between 2 and 4 months before the month they turn 65. Those born after the first of the month sign up for Medicare between 1 and 3 months prior to their 65th birthday. There may be a monthly premium surcharge on Part B for those who delay signing up for Part B until after their initial enrollment period.

For an individual consultation concerning your specific planning needs associated with TRICARE and Medicare benefits, call a Member Services Advisor at AAFMAA at (800) 522-5221.