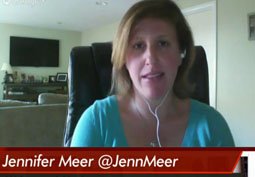 It started off as really any other week ever does. My husband had been travelling pretty much non-stop for nearly the entire month. Whether we wanted to or not, we were all falling into a fairly regular rhythm without him, at least Monday-Friday. With school and activities and for better or worse, the days seemed to move rather quickly, but by evening, all three of us were stretched thin. Collectively, we all seemed to peak at maximum crabbiness somewhere around 6 p.m. It was shortly after this time last Wednesday night that I brought the kids upstairs to help them get washed up for bed.

My daughter had an upset stomach for most of the day, but I hadn’t thought much of it. She was otherwise happy and playing and generally herself. I did know that she was very tired. Still, we were a good hour and a half from her usual bedtime of around 8 p.m. I put her in the bath and let it start to fill and left the room to go start the shower for my son. This is something I’ve taken to doing quite often with her. She is coming up on 4 and I am less concerned about leaving her alone in the tub. Plus, the need to get both baths and showers started at the same time feels like a multi-tasking necessity when it’s the end of the day and I’m slogging through it on my own. I love them, but I’m just so tired. I don’t want to rush through their bath and bedtime but I do. Because I just want to collapse on the couch at 8 p.m. and just be with my own thoughts and my own space. Bath time has increasingly become yet another thing to check off the list. And so, I’m more rushed and careless than I should be.

So, I left her for about two minutes while I went to go find my 5-year-old and get him in the shower. I heard the ping of the iPad and saw an email from my friend. There was zero urgency about responding but inexplicably, I felt the need to, right then and there.

And in doing so, I left her alone in the tub for two minutes.

On any other night this would’ve been fine. But this night was different. She was really tired and the water was warm and she just fell asleep; completely and totally asleep. I’ve never seen anything like it before in my life. I went back in two minutes later and by the grace of God, she had managed to fall asleep sitting up, slumped against the side of the tub. But it wouldn’t have been much longer (how much longer, seconds?) before she would’ve slipped under the water. She would’ve drowned. It would have been entirely my fault.

I screamed. I slapped her face. She didn’t wake up. But she seemed to be breathing and was otherwise all right, just asleep. I lifted her out of the water and carried her into her room where she took the world’s weirdest, wettest, shortest power nap ever. And at 6:30 promptly woke up refreshed, soaking wet, and ready to play and with zero understanding of the gravity of what almost could’ve happened.

For a while now, I have felt that I have been losing the ability to single task; that is to say, the ability to do one thing well, at a time. I recognize that this hasn’t happened in isolation. What I’m feeling is a larger reflection of a culture that has literally consumed us over the past five years or so. In particular, becoming a parent during the rapid rise of the era of tablets and smartphones, I have lost the ability to be present and do one thing at a time. It scares me. And on this night, my inability to focus could have cost me everything. It wouldn’t have taken more than two minutes or two seconds to change our lives forever. I can’t even begin to process how much I regularly try to squeeze into those same two minutes. About how much I could’ve lost in the same amount of time.

We live in an age where we are constantly fed messages that we should try to do as much as we can as fast as we can; to live at maximum efficiency. Except when we shouldn’t. How many homework assignments and extracurricular activities and educational apps and appointments and meetings and spin classes and returned email messages and social media sites and DVRd shows and any number of things with varying degrees of importance do we try to cram into any one day? Sometimes I feel like we are multi-tasking ourselves right past the point of it all anyway.

If we begin to itemize our daily lives as a series of tasks to be checked off and juggled and done while doing other things, I’m not sure we’re ever fully present in any of it. As if we’re always straddling different dimensions. Our bodies exist in one place, our hearts and minds in another. Space and time feel disjointed. People write in shorthand largely because we are living that way. At least I have been living that way. But last week was my wake-up call. I will get less done. Everything might take longer, but with more time and attention to whatever that first thing is. This just might be OK.

People talk about distracted driving, but it’s more than that. It’s distracted living. And that doesn’t just leave you feeling empty and dissatisfied. As I proved to myself and to my daughter, it can be downright dangerous.