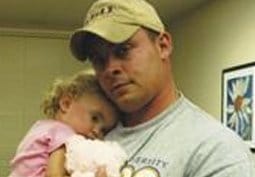 A new act approved recently by a national law group addresses issues of child custody and visitation that arise when parents are deployed in Military or other national service.  The Uniform Deployed Parents Custody and Visitation Act (UDPCVA) was approved by the Uniform Law Commission (ULC) at its recently concluded 121st Annual Meeting in Nashville, Tennessee.

The deployment of a custodial parent raises custody issues that are not adequately dealt with in the law of most states.  In many instances, deployment will be sudden, making it difficult to resolve custody issues before the deployment by ordinary child custody procedures.  There is a need to ensure that parents who serve their country are not penalized for their service, while still giving adequate weight to the interests of the other parent, and most importantly, the best interest of the child.

Currently, there is considerable variation in how courts approach custody issues on a parent’s deployment. Many courts will grant custody to the other natural parent for the duration of the deployment, even over the wishes of the deploying parent; some courts, however, will grant custody to the person that the service member wishes to designate as custodian, such as a grandparent.

In recent years, the majority of states have sought to fill this gap by passing statutes that govern custody issues when Servicemembers are deployed.  These statutes, however, vary widely from state to state, and often fail to address the range of custody issues that Servicemembers face.  There is a need for uniformity in state law, since many Military personnel often move between states and any attempt to address the issue through federal legislation would further complicate this area of family law, which is traditionally governed by state law.

One of the key points of the new act provides that the absence of a Military parent from a state will not be used to deprive that state of jurisdiction over the custody or visitation proceeding.

The Uniform Deployed Parents Custody and Visitation Act will standardize and simplify the rules covering custody and visitation issues for deployed parents.