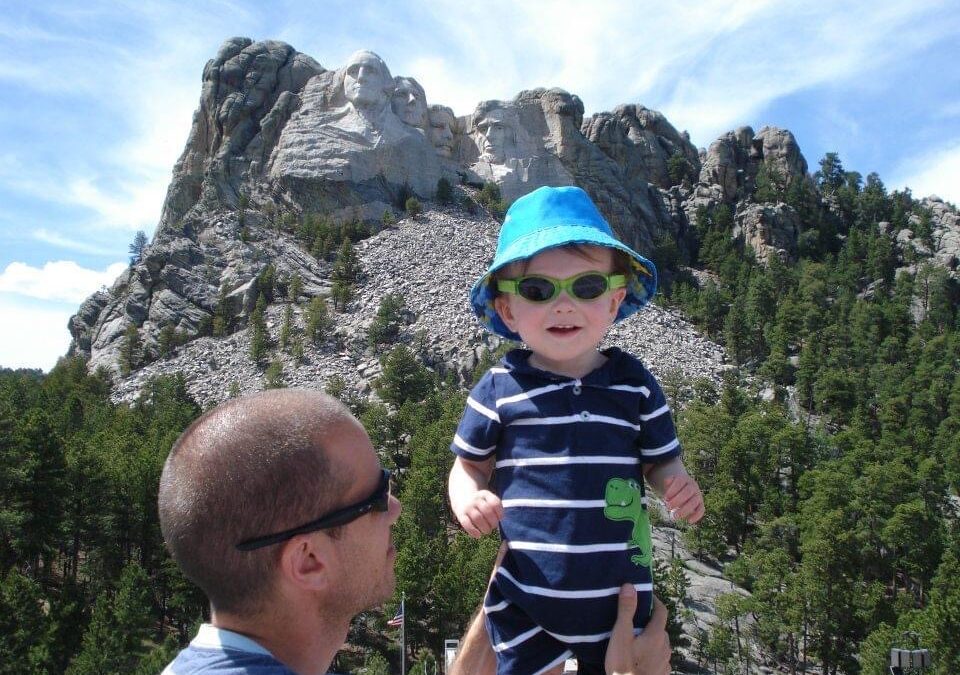 Here I am, back for Part 2 of my “Crazy DITY move“ series. You may want to go back to my first DITY move story that tracks my family’s journey from Fort Bliss, Texas all the way up to Ft. Lewis, Washington. We chose to go at it again on our own, for our second DITY move. It was a trek from Ft. Lewis to Selfridge Air National Guard base near Detroit, MI. This would be the longest distance of our seven DITY moves. We were pros then… since we’d done this before. What could go wrong?

Well after a few hiccups on our 1st DITY move I signed my family up for another one. Why not, it builds character. So there we went again, across the country, with our 27-foot long Penske towing a car on a trailer, with our two dogs and all our household goods. The difference this time was that we now had a child. Our son Miles was just over a year old. I was also pregnant with our second baby and was just about in the second trimester when we started our drive from Washington to Michigan.

We’ve already discussed how I am the driver of the Penske, but this was different. I had to use the bathroom every few hours and I was so nauseated I had to be put on Zofran. So there I was, pregnant and sick, moving our stuff across the country. It was actually a nice little break from “momming” as Joe had Miles in his car driving behind me. He had to deal with blowouts (and we’re not talking tires) and crying. All I had to deal with was some seriously bouncy car seats… something I would advise against being pregnant.

The views were amazing on this drive, but for the most part I was clenched to the steering wheel as we drove through Idaho, Montana, and Wyoming. Once we hit South Dakota, my mom (who volunteered to come along) and my husband (still driving the small car behind me) decided it would be fun to do the scenic detour loop drive of the Badlands National Park. I remember hearing how beautiful the drive was, but I wouldn’t know. I was so scared I was going to plunge to my death. Remember, I had a trailer with a car on the back of my 27-foot Penske. I had a lot of weight behind me.

The roads through the scenic bypass were winding and narrow. We were very high up, and I tried not to look, only keeping my eyes forward. I knew if any of my wheels went slightly over the edge I might plummet down into the canyons below us. There were signs of falling rocks, and we were high up overlooking the Badlands. It was an enjoyable ride for my husband who got to witness some once-in-a-lifetime views. For me, it was the longest stretch of the entire DITY move. I earned my CDL on that drive… at least in my eyes.

We stopped to see Mount Rushmore along the way and stayed a second day there just to take it all in. After over 40 hours of driving, and a few more stops along the way, we made it to Michigan. We stopped in a hotel we like to refer to as “bed bug hotel”. I’m not sure any of us slept as we laid down fully clothed on top of the comforter and hightailed it out of there as early as we could. And then, in sync, we all sighed when we stepped inside our new home. Next, it was time to unload the truck and call it a day. I was already scheming though. I was plotting our next DITY move by breaking down boxes and placing them into the corner of the garage. I was hooked.