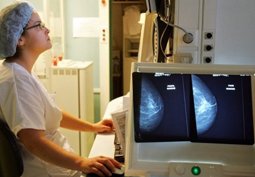 According to The New York Times, the study’s author said more research is still needed to verify the finding, which was based on an analysis of statistics. Some experts not involved in the study have questioned whether or not the increase was real and said they were concerned the report would needlessly scare women.

Breast cancer is the most common form of malignant tumor in women between the ages of 15 and 39, reported Medical News Today. It also accounts for almost 14 percent of all cancer cases in men and women in that age group.

“Most studies have failed to show an absolute increase,” said Dr. Benjamin Paz, a City of Hope Cancer Center surgeon who was not involved in the study. “Now, looking at a longer period of time, this study shows there’s clearly been an increase. It’s the first to do so.”

The Times also noted that the increase may seem small, but it was deemed statistically significant and researchers said it was worrisome since it involved cancer that was diagnosed after it had spread to organs like the liver and lungs.