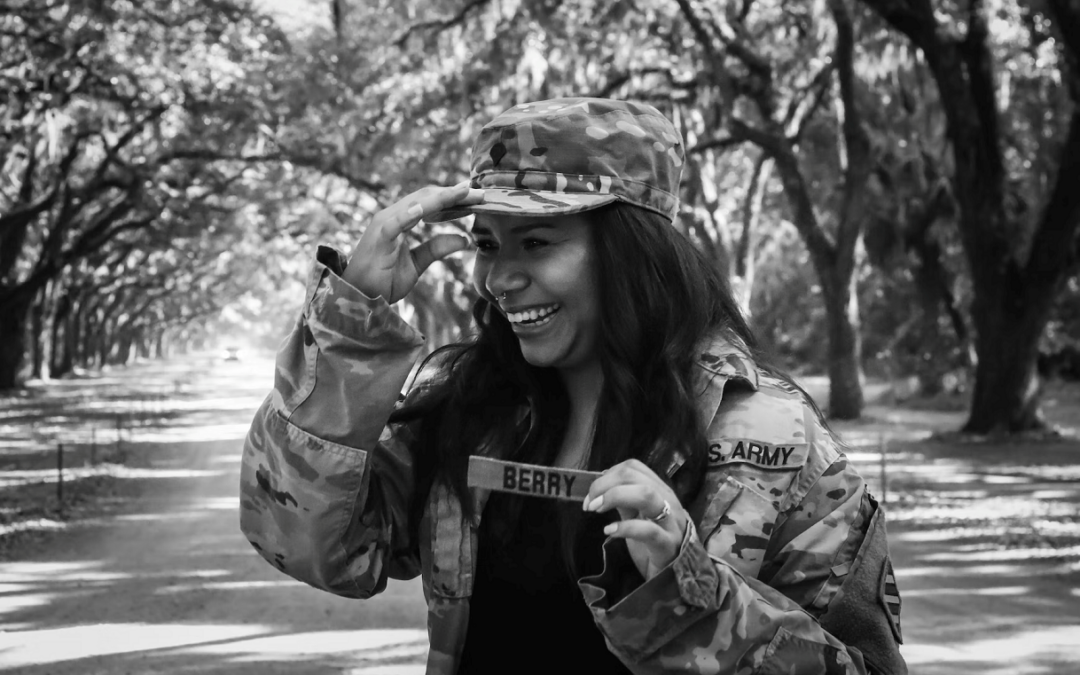 We’ve put together a sort of glossary of military acronyms to help keep you fluent in their lingo. If you ever need help keeping up with military slang, check out this guide so you always understand what people are talking about around you.

All the Basic Military Acronyms in Alphabetical Order

Also called “A School,” this military acronym stands for Advanced Individual Training. It’s the hands-on career training and field instruction every servicemember receives before qualifying to do a military job. Every branch of the military has its own specialized schooling.

This stands for Armed Services Vocational Aptitude Battery, a multiple-choice test that a hopeful recruit takes before enlisting in the military. It helps determine if they are qualified to join as well as which jobs they qualify for.

This means Basic Allowance for Housing. It is the compensation that servicemembers receive to help cover the cost of housing if their living quarters are not provided by the government.

This stands for Blended Retirement System. It’s the military’s new retirement system, allowing up to 85 percent of servicemembers a retirement option even if they don’t serve the full 20 years. It heavily relies on the Thrift Savings Plan (see TSP).

This is a Commanding Officer, who is the officer in full charge of a military unit.

This stands for Cost of Living Allowance. COLA is the compensation a service member receives to help offset the cost of living when based in more expensive areas of the country.

This acronym means the continental U.S. It’s the 48 connected states as well as the District of Columbia. OCONUS stands for Outside the Continental U.S.

The Defense Enrollment Eligibility Reporting System is a database of military families who are eligible for TRICARE and other military benefits.

Similar to “DIY”, his military acronym means Do-It-Yourself. It usually applies to a move you make from one duty station to another, at your own expense and through your own coordination, for a permanent change of station (see PCS).

This is the abbreviation of the Department of Defense, a department of the United States government that’s responsible for military decisions and operations.

This refers to n the Enlisted Evaluation Report that records the performance of Army members.

This is an Enlisted Performance Report which records the performance of Air Force members.

This is a Fitness Report and it is used in the Marine Corps and Navy to record the performance of both officers and enlisted members.

This acronym stands for Forward Operating Base. It is a temporary, secured operational position used to support both strategic and tactical goals.

This is the Joint Chiefs of Staff which are senior military leaders. They advise the US president, the Secretary of Defense, the Homeland Security Council, as well as the National Security Council.

This stands for Military Entrance Processing Station. This station is where servicemembers can get a physical and choose their military job. It’s also where military members are sworn into service.

This is a Non-Commissioned Officer and refers to a military officer who has not received a commission, for example, a sergeant or warrant officer.

An Officer Evaluation Report is a form used to record the performance of Army officers.

This is Overseas Housing Allowance, which is the compensation offered to servicemembers who require housing outside the United States. It’s only available when government-funded quarters aren’t available.

An Officer Performance Report is used to evaluate the performance of Air Force officers.

This well-used term stands for Permanent Change of Station. It represents the relocation of an active-duty servicemember to any other duty location. Servicemembers may experience a PCS move every few years.

This military acronym can mean a couple of different things.

Firstly, it could mean Privately Owned Conveyance. In this case, a POC is a servicemember’s personal vehicle; it is not a vehicle owned by the government or military.

POC could also mean Point of Contact. This is the person a military member would contact about a specific program or assignment.

This means Personally Procured Move (see DITY and PCS). It is used to describe a situation where a servicemember plans and conducts a move from one duty station to another on their own instead of having the military do it. PPM expenses may be reimbursed.

This military acronym is also used in civilian life. It stands for Physical Training. It’s the key to military readiness. All servicemembers are expected to meet certain fitness standards throughout their enlistment, making PT an important part of their lives.

This is a simple military acronym that means Post Exchange — the store at an Army installation that has merchandise and services for sale to military personnel and authorized civilians.

This military acronym means Temporary Duty Station. In cases of temporary assignments, a TDY is a location other than the servicemember’s permanent duty station.

This is the military’s healthcare program available to military members and their families. TRICARE provides health benefits to all servicemembers, including retirees and their family members.

This military acronym means Thrift Savings Plan. Similar to a 401(k), a Thrift Savings Plan is a government-sponsored retirement savings and investment plan for members of the military. It’s an important part of the new BRS (see above).

Executive Officer — an XO is a second-in-command to a commanding officer (CO).

If you have any questions about a military acronym that we missed, feel free to reach out so we can add it to our list!