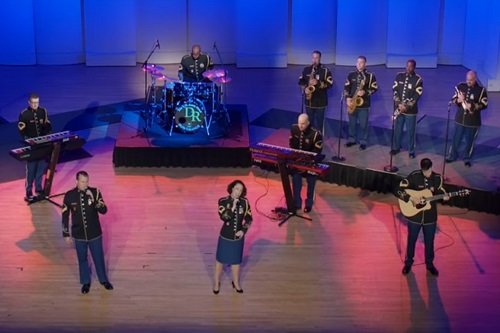 A Song for Service Families

Looking for a quick pick-me-up as you go about your holiday plan-making, gift shopping and gift wrapping? How about this heartwarming, meaningful song dedicated to military families, shared with us courtesy of Jerry Harrison, Major General (R) U.S. Army. Read about his inspiration and watch the video of the song below.

Several years ago I realized what a strain the war was putting on military families. Single and often multiple deployments take a toll on both the family and the servicemember. My wife and I talked to families who were struggling to deal with their duties at home. Mr. Ken Holmes and I tried to capture this emotion in a way that I hope pays tribute to those who have waited at home and many still do. As General (R) Jim Jones and Mrs. Casey said in a recent article in USA Today, “Military families deserve more than lip service”.

I am very grateful to Col. Tim Holtan, Director of the Army Band, and his outstanding vocalists and musicians in Downrange that made the video of our song Deployed Again. It is fitting that it was rolled out for National Military Family Month and Veterans Day.

MilFam Travel: 10 Things to Do Near Tampa