Big Drop in Unemployment for Veterans 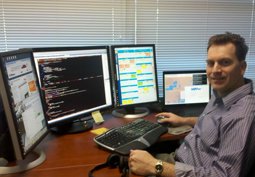 The job picture appears to have dramatically improved for veterans in February, with the jobless rate for Post-9/11 veterans falling to 9.4 percent, down from 11.7 percent in January.

For veterans of all generations, the February unemployment rate was 6.9 percent, down from 7.6 percent in January.

Improvement was not nearly as large for the national unemployment rate, which dropped from 7.9 percent in January to 7.7 percent in February, according to Friday’s report from the Bureau of Labor Statistics.

The report had good economic news, though, as the economy grew 236,000 jobs, according to the employment situation report.

Nobody is declaring victory in the struggle for veterans, especially young veterans, to find post-service jobs. Employment problems for veterans have been a common concern this week as military and veterans groups have testified before Congress about their priorities.

Veterans of Foreign Wars commander John Hamilton told Congress on Tuesday that an overhaul of the military’s transition assistance programs was a good step toward helping Post-9/11 veterans find jobs but that wasn’t enough.

“Our government must do all that it can to encourage private sectors to hire more veterans,” Hamilton said. “This includes creating a vocational rehabilitation for life program, as well as closing the military-civilian skills gap and promoting legislation at the state and federal levels for a clear, easier path to civilian licenses.”

“There needs to be a better system to connect employers with open positions to unemployed veterans,” AmVets commander Cleve Geer said Wednesday, when he testified before Congress.

“The current system of merely posting jobs online, while beneficial, just isn’t enough,” Geer said. “There are literally hundreds of online employment and career sites catering to veterans and civilians alike, which unfortunately can leave veterans confused and overwhelmed. What is needed is a comprehensive veteran employment resource guide along with a single portal or site where all of these opportunities can be accessed in one place.”