Best-Paying Jobs with No College Degree 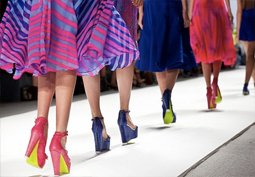 In 2012, subway and streetcar operators were paid an annual median wage of $62,730. The pay for this occupation is good, likely due to the flexibility of schedules required, since public transit is often open on weekends, holidays and most (if not all) hours. Additionally, operators take on the responsibility of keeping a large group of people safe. There is little room for raises, however, with the top 10% of workers making more than $73,590 in 2012, not substantially higher than the median annual wage for the job category. Subways travel on their own right-of-way, usually underground, and many are driven by a computer. Subway operators must be capable of driving the train manually, but usually only control the vehicle’s speed and when it starts and stops. The movements of trains are largely organized by visual and auditory signals, so operators must have extremely good observation skills. Unlike subway operators, streetcar drivers must obey traffic laws, collect fares and regularly interact with passengers.

The gaps in income between fashion designers can be quite large: The top 10% of designers last year made more than $126,290, while the bottom 10% made less than $34,110. It is becoming more common for fashion designers to pursue formal education as the work increasingly involves use of computer-aided design technology. Education in a related field, such as merchandising, is also valuable, although a college degree is not necessary. Creativity, however, is the most important quality for this occupation. The most successful fashion designers often will have their own businesses or retail stores. A beginning designer usually undergoes an apprenticeship or is employed as an assistant.

Power distributors and dispatchers are responsible for monitoring the movement of electricity from generating stations through to its eventual lines of distribution. In the event of needed repairs or emergencies, the distributor or dispatcher must reroute the transmission of electricity and organize maintenance. These jobs require workers to be attentive and careful, especially as they potentially can shock or burn themselves. Like the nuclear power operator, this occupation requires extensive on-the-job training and licensing, in addition to a high-school diploma. In 2012, the annual median wage was $71,690.

In 2012, detectives and criminal investigators received an annual median wage of $74,300, with the top 10% earning more than $122,990. Detective and criminal investigators frequently begin their careers as police officers, and they are expected to complete on-the-job training and meet rigorous physical and personal qualifications in those fields. In addition to these formal requirements, an excellent detective will possess qualities that are more difficult to teach, such as strong communication skills, empathy, leadership skills and good judgement. Like all police officers, detectives and criminal investigators often work under conditions that can be physically demanding and stressful, and they must be prepared to handle potentially dangerous situations.

Nuclear power reactor operators are responsible for controlling power-generating equipment, including turbines and reactors. Aptitude in math and science is valuable in the profession, but a post-secondary education is not mandatory. The stakes are high for the proper management of these facilities, and the minimum requirement of a high school diploma may seem surprising. Most operators, however, are required to undergo extensive and long-term on-site training. Once licensed, they must pass a plant-operating exam every year and renew their license every six years. The high level of responsibility and challenging skill set for this occupation means workers are well paid, with an annual median wage of nearly $75,000 in 2012. The top 10% of workers made more than $97,000 annually.

Not only are working conditions poor for elevator installers and repairers — they spend lots of time in dark, cramped spaces — but the skills and knowledge required to perform their jobs well are fairly advanced. A four-year apprenticeship is customary for these occupations, and candidates must learn electrical and electronic theory, mathematics and applied physics — in addition to thousands of hours of paid on-the-job training. Like several other high-paying occupations that do not require a college degree, elevator installers and repairers must also maintain relatively good physical conditioning for their jobs. For those who are qualified, the median annual wage in 2012 was $76,650, more than double the national median across all jobs.

While most pilots today have earned a bachelor’s degree, many still gain their qualifications from the military or by attending flight schools. Professional pilots, whether employed to transport passengers or cargo, are required to have a commercial pilot’s license and an instrument rating, which assesses a pilot’s ability to fly in conditions of low visibility using only instruments. The median annual wage for pilots, copilots and flight engineers is $114,200, the highest of any occupation for which a high school diploma is the minimum qualification. One in four workers in these occupations earned more than $154,100 last year.