Becoming an Officer and a Gentleman 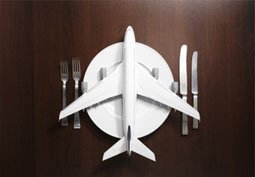 Sure, you’re learning how to bomb an enemy capital back to the Stone Age with that old tried-and-true “shock and awe” strategy. But do you become flustered at a fancy dinner party when you have to pick the right salad fork?

Have no fear, Air Force Academy cadet: the service is seeking outside help to calm those Aim-High-society jitters. The Colorado Springs, Colo., academy “has a requirement for a comprehensive etiquette training program instructing cadets and staff in military protocol for social and business situations as well as the skills they need to succeed in the U.S. Air Force and in life,” it said in a Thursday contract solicitation.

That’s because being an Air Force officer is not all tarmac, cockpits and ready rooms. According to the academy, it’s also “table etiquette (settings, seating, decorum, conversation), the art of conversation (tact and diplomacy, small talk, use of proper language style, body language and non-verbal communication), social conduct in stressful situations, leadership roles outside the military structure, and ceremonies.”

What the academy calls its “social decorum” curriculum has been under development for “several years.” Following this single-year contract, the academy says such training will be done by academy employees. The program is funded by donor—not taxpayer— funds, an academy spokesman said.

The topics in each annual hour-long class will vary by year, but interested bidders are told not to worry about repeating themselves. “Training may be repetitive and cumulative,” the solicitation says, “to ensure proper social behavior is inherent by graduation.”

Freshmen training “shall emphasize courtesies and standards of behavior, proper hygiene, how to be a guest, social conversations, and writing thank-you cards.”

Juniors “shall be taught social introductions, how to behave when alcohol is available, how to plan social events, and how to communicate standards of behavior to their peers and subordinates.”

While the social-decorum program has been under development, seniors have been served what the academy newspaper calls five-course meals—“ beef medallions, roasted baby baker potatoes, salad, mixed vegetables and white chocolate raspberry Brule cheesecake”—in the academy’s formal dining hall to help them hone their etiquette skills. “The intent is to practice so they understand,” the academy’s social-decorum consultant told the Academy Spirit. “We want to take them from clueless to a class act.”