Be Careful of New Autism Drugs 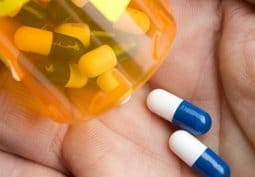 Dr. Manny Alvarez of Fox News has an interesting new blog on the new Autism drugs that are coming. Read what he has to say below. What are your thoughts?

According to recent news reports, pharmaceutical giants like Roche, Novartis, and Seaside Therapeutics are racing to make medications that will relieve some of the behavioral problems caused by autism and Fragile X syndrome.

The first thing that needs to be cleared up is that autism – or the autistic spectrum, which might include pervasive developmental disorders or Asperger syndrome – is different from Fragile X syndrome.  Fragile X is an inherited intellectual disability in boys that is caused by a change in the gene FMR1 on the X chromosome.  The condition results in the failure to express FMRP – a protein needed for normal neural development. While Fragile X syndrome has similar symptoms to autism, it differs in that it has a very well described genetic underpinning.

The reason this is important is because medications for the treatment of autism symptoms need to be carefully studied and individualized to specific spectrum disorders. If not approached in the right way, we may end up with medications that are perhaps not indicated properly and abused down the line.

A specific medication that has gotten everyone excited is the drug arbaclofen.  This drug has already been tested in small clinical trials, mostly in patients with Fragile X syndrome.  Researchers have seen some improvement in the behavior of trial participants – in particular, a decrease in the anxiety that some of these patients have.

The mechanism behind these types of drugs is that they increase the production of an amino acid call GaBAb, which inhibits neurotransmitters from being released in the synapses.  The problem that I have with these drugs for the use in the autistic spectrum is that there are drugs with similar mechanisms of action – for example, activating the GaBA receptor – that are currently in use for anxiety.  One, which you may have heard of, is called Valium.

So the question is: Are we sedating these children and therefore seeing an improvement in their anxieties, or is there truly a mechanism that is decreasing their autism-like symptoms?

All these drugs do have minimal side effects – some of them include drowsiness, dizziness, weakness and fatigue.  I’m all in favor of looking at therapeutic treatments that might enhance the already well established treatment of autistic children like ABA physical therapy, fine and gross motor exercises and speech therapy.  I do realize there is a tremendous need in severe cases of autism to control behavior and certainly a need for these types of drugs after they have been thoroughly studied.

But I’m also a little worried the indiscriminate utilization of these medicines, on the back of not giving kids more hands-on therapy, could merely mask their breakthroughs from speech and physical therapy.

Recently, we have seen how in non-autistic children there has been an epidemic when it comes to the use of drugs like Adderall and other amphetamines to enhance academic performance.  Also, doctors and pharmaceutical companies are much quicker to label children as hyperactive or having attention deficit disorders.  A quick fix through drugs is not always the trick.

Again, I’m not trying to be a cynic.  Remember I am the father of an autistic child.   But at least for my son, there will be no need for any meds. Not because I’m being stubborn, but because he’s doing just fine.