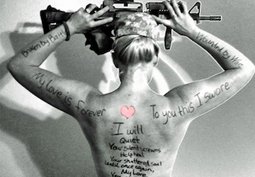 Ashley Wise’s husband Rob is about as tough as they come. The career Soldier spent 8 years in the Marines before joining the Army after 9/11 and serving on two tours of duty in Iraq, but in April this year, he hit a wall. He locked himself in a hotel room with guns and alcohol and told his wife “he might do something stupid.”

Thankfully, he came back home alive. Ashley reached out to the Family Advocacy Service at Fort Campbell, Kentucky, where they are currently stationed, and discovered that, like many other soldiers who are suffering from mental anguish or who might have PTSD, finding the help he needed without putting his career in jeopardy would be a struggle. When Wise, believing her conversation to be confidential, divulged to a counselor that Rob had once become physical with her, an MP was immediately brought in. Husband and wife were not allowed contact for 72-hours and Rob now faces domestic assault charges (which Wise is trying to have dropped).