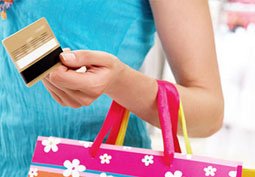 Plenty of studies have shown that men and women think and act in different ways, but when it comes to credit card debt, both sexes demonstrate bad behavior.

The study covered a single year in people’s personal finance lives. Here are some of the ways credit-card-carrying men and women differ, and how their behavior can be damaging to their financial well being.

Cash advances typically carry a higher interest rate than other credit card transactions, yet over the course of a year, 15 percent of men took an advance. Just 12 percent of women did the same, making this one of the few areas where women behave better than men.

Twenty-nine percent of women paid a late fee, but so did 23 percent of men. Late payments don’t just cost you cash on a single bill — they also can cause your credit score to go down and the interest rates you pay to go up.

Making only the minimum payment

Forty-two percent of women sometimes made only the minimum payments, while 38 percent of men made the smallest possible payment some of the time. Minimum payments are structured so that it will take years and hundreds or thousands of dollars of interest payments to retire your debt.

On the other hand, some men and women are doing the right thing when it comes to money management:

Thirty-seven percent of men have shopped around for the best card for their needs, while only 31 percent of women have compared cards. Comparing rates can save you money if you do carry a balance.

Pay their bills on time

Ninety-three percent of men said they paid their bills on time, as did 82 percent of women.

Fifty-eight percent of men said they’d checked their credit report, compared to 49 percent of women. You should check your report annually to look for errors and ways to improve your credit score.

Is the playing field level?

According to NextAdvisor, women typically pay an interest rate that’s 0.5 percent higher than men, regardless of their credit score and financial information. Still, with that working against them, women come out ahead when it comes to credit scores: The average credit score for a woman is 682 compared to the average score for a male of 675.

These latest statistics reveal that both genders have a long way to go to achieve an “A” in money management.