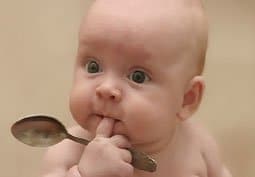 Naming your new baby is a big decision. You’re giving your child a name that means something special to you and your spouse, and will become the main identifying factor for the rest of your child’s life, so choose carefully.

Celebrities have a long-standing reputation for naming their children bizarre, attention-grabbing names. Remember the media attention Gwyneth Paltrow and Chris Martin received for naming their daughter Apple?  In retrospect, it’s not that wild of a name; in fact, it’s actually pretty cool.  In 1987, Woody Allen and his partner at the time, actress Mia Farrow, had a son named Satchel Ronan Farrow. Believe it or not, he has since changed his name to Ronan.  Fall Out Boy rocker Pete Wentz and his wife at the time, Ashlee Simpson named their son Bronx Mowgli Wentz; bringing the urban jungle to the Indian jungle. T.I. and former girlfriend Lashon Dixon had a son named Messiah YaMajesty Harris.

Frank and Gail Zappa definitely put a lot of creative thought into naming their children.  Sure, there’s Moon Unit and Dweezil, but our favorite has to be Diva Thin Muffin Pigeen Zappa. The Zappa children most definitely have some of the world’s most unique names.

Apple seems like an average, everyday name now, doesn’t it!

Taking a look at a different kind of ‘trendy’ names, the most popular names of 2012, according to the Social Security Administration, were much more traditional than the names the stars give their children. The top 3 baby boy names were Jacob, Mason and Ethan. The top 3 baby girl names were Sophia, Emma and Isabella.

If you want a name for your baby, without being too traditional or too off-the-wall, consider some fun names from popular culture. Names like Marnie (from “Girls“), Arya (from “Game of Thrones“), Christian (from “50 Shades of Grey“), Bentley (from “Teen Mom“) and Olive (from “Little Miss Sunshine“) are fun and off-beat without the shock value of names like Jason Lee’s son, Pilot Inspektor.

What are some of your favorite baby names?