Asking for Help When You’re Struggling with PTSD 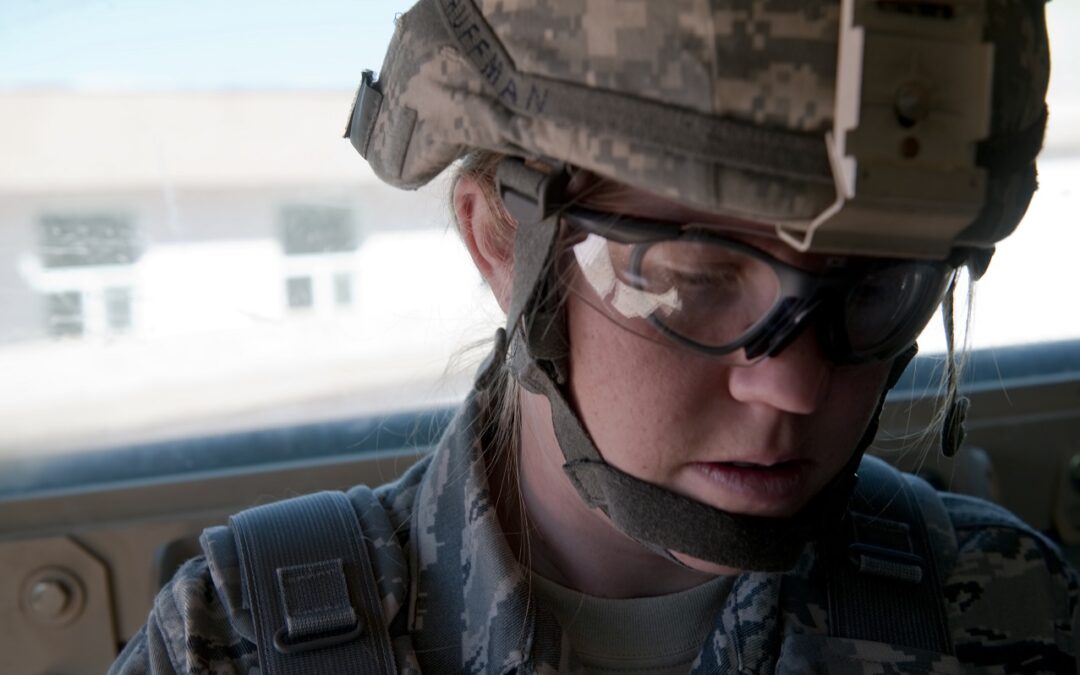 The first time I asked for help dealing with the trauma from my deployment I was told I was okay. I had only been home for a few days and had seen signs that something wasn’t right with me. I decided to reach out to the on base therapist at the Airman Family Readiness Center.

She didn’t ask me questions about my experience. She didn’t ask me what I had done. She did not even ask me what led me to walk into her office and tell her that something felt off. I just told her I didn’t feel like myself and she said, “Well, you’ll be fine. You have only been home a few days. It takes time to adjust back after being gone.”

I took those words and even though I continued to struggle, overall life felt okay. I clung to the words she had told me. That I would be okay. But had she asked me why I was there I would have told her about how I couldn’t walk across an open field the day before. I knew I was safe. I knew I was in the United States and far from the dangers of Afghanistan. But I couldn’t stop my brain from reacting. From being triggered. Looking for signs that others had walked across the field. And that it was truly safe. Instead, I walked around the field.

It took years before I finally went to get help a second time. But this time, instead of being turned away and told I was okay, I was welcomed to a group with others who were also hurting. We were able to go through a group therapy of sorts. Dealing with past pain and diving into how the hurts from the past were hurting us that day.

And truthfully, I was clinging on to the words, “You are okay, you just need time to adjust.” But six years later I was still struggling, and when I finally walked into the doors toward the group sessions and started to get help, a weight began to lift. It was so impactful that when we broke off into smaller groups and I was given my three minutes to speak, I just broke down. There were no words that I could muster. I just knew that all the searching, all the time of believing that my deployment hadn’t had an effect on the person I had become in the years that followed, I finally was admitting I had pain and hurt from my deployment that I was still holding on to and it was eating me from the inside as I tried to stuff it down and keep it hidden.

My pain came out primarily as emotional pain and an occasional flashback to Afghanistan similar to my attempt to walk across an open field. But through the years of attending my weekly group, I started to find tools that could help me. I also found forgiveness not only for those who hurt me, but for myself. And each step forward began to grow together until a year later we were celebrating my one-year anniversary of seeking help and, once again, I was crying. But this time it was tears of joy.

My life wasn’t in the same dark place it had been before. And a year ago when a desperate woman came in not believing there was hope for change now could tell of a life changed. But that is only part of the journey. I continued to grow and change and through the help of Cohen Veterans Network I was able to get free one-on-one therapy last year which lined up with the pull out and collapse of Afghanistan. Having that resource to help me through those hard days made it easier to keep moving forward and not lapse back.

And with June 27th being PTSD Awareness Day and June being PTSD Awareness Month. I wanted to reach out and share my story. The trauma from my deployment had an impact on my life and the road I was headed down. Had I not found help to start healing, I could have continued on a path of pain with symptoms only getting worse instead of better.

I no longer find myself knowing where I really am but reacting as if I am in a war zone. And while maybe you could chalk it up to time spent home, I know that the peace I have found is only through finding a supportive community that helped me work through the pain of deployment and finding tools that could help me move forward in a positive way.

If you are struggling with a past situation, even if you have asked for help and been told you are okay, know that you might be right and the person you reached out to was not able to help you. Continue to advocate for yourself.

It isn’t easy to go back and battle the demons you have faced. But on the other side of the pain and hurt I experienced it is definitely worth it.

If you are struggling with trauma from deployment check out these resources that can help.

Cohen Veterans Network for post 9/11 veterans and their families