Am I Still a Military Spouse? 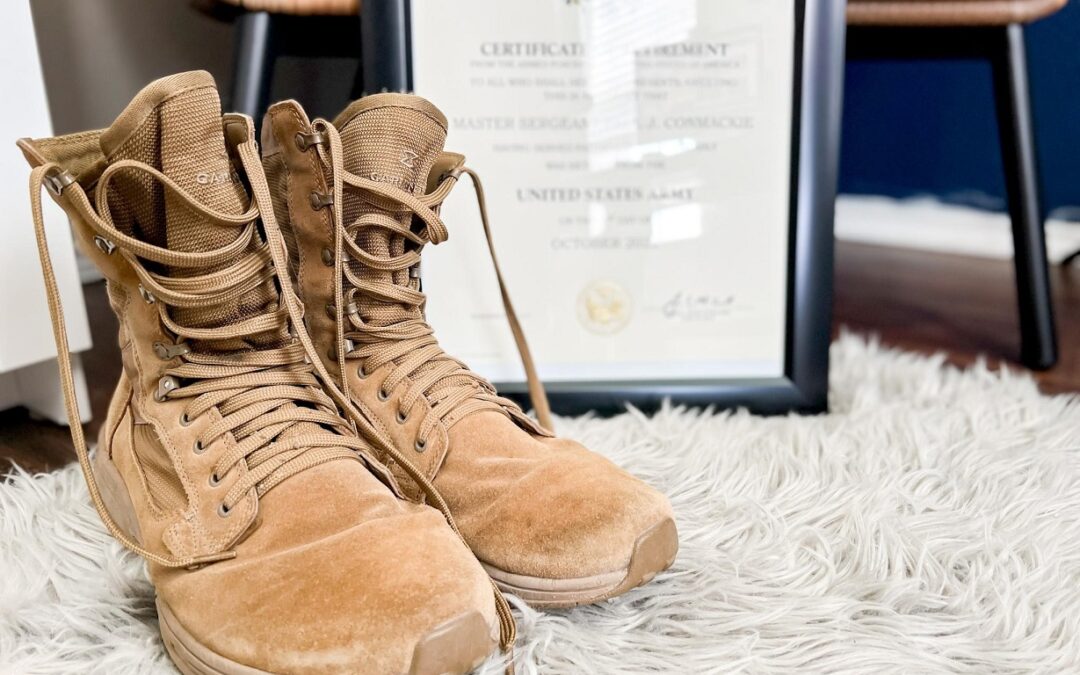 Come October, my husband will be officially retired from the military, turning his status from ACTIVE to RETIRED in every government system that records that information.

I watched as one of my military spouse besties experienced her first day in the new classification struggle with the new identity of “retired.”  I recall saying when she asked me, “Am I still a MilSpouse?” saying… “Why wouldnʻt you be?”

Now, as MY own military retirement day nears, her question makes more sense to me. And yet I wonder why I would feel differently now about my own transition than I did the day I worked out the feelings with my bestie for her day.  Everything I search for when looking up what a military spouse is says:

Military spouse. A person who is married to a military servicemember who is currently on active duty.

Why Do I Care?

I listened to many reasons why anyone who had been in my shoes before would (or wouldn’t) care about their MilSpouse status. They thought things like:

Our military lifestyle allowed me to connect with other spouses similar to ours quickly, and in a very ʻ”understood” way. It was a quick connector in a life that often doesnʻt have a lot of time in any given duty station.

What Makes Me Afraid?

When I looked at the question about being a military spouse and thought back to the day when I sat with my bestie and asked her this question, she shared with me the craziest answer that, when she said it out loud, we laughed and answered to each other.  Almost two years later, we still bring it up when we talk about this day. And I knew in a nutshell what she meant, because itʻs how I would answer for myself:

I want to still belong.

When I left my civilian job to marry my soldier almost eight years ago at age 40, I was managing many staff members at a very high-volume restaurant and really part of the culture. Leaving that behind and returning a year later to visit and say hello, there were many staff changes. Walking in, the new host smiled at me and asked, “How many for lunch?” with no idea that I was part of helping integrate their digital system when it was installed, that she was using to manage seating.

I had responded that I was just here to say hello and bypassed her to surprise some of the managers, where I ran into old employees who were still there with a resounding “Selenaaaa, when did you get home?!” and hugs.

This is what makes me afraid… of being a random person to the new host and not the one that the older crew knew.

When I married my spouse, he added a new identity to my list of other hats that made me who I am: Daughter, Sister, Wife, Mom, Friend, Business Person, Soccer Mom, Band Mom, etc.

If we arenʻt considered military spouses anymore technically, how do I want others to still see me in the military world? Would I still matter to them? Can I still advocate to ensure our active-duty military spouses fare better in the unemployment world, for homes that they live in on post that are sub-par? Will THAT work even still matter?

Itʻs hitting me that this is a new part of me that is being created. The veteran spouse in me isnʻt lit yet, but sheʻs there, waiting to see what comes next.

A Moment for My Spouse

As I go through my own feelings and thoughts, I know my spouse is dealing with his transition in his own way, too. And I hope he knows I’ll be there through this new time in our lives and although he is hanging up his boots in this one phase of his life, the next chapter is just beginning and ready for whatever shoes he wants to put on next.