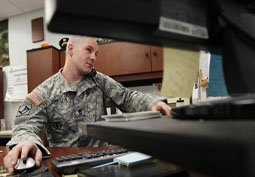 As a result of the passed continuing resolution legislation, the Air Force is in the process of returning operations to normal pre-shutdown status, to include the reinstatement of military tuition assistance.

The continuing resolution will fund the Air Force under the fiscal year 2013 sequester funding levels, which will enable the reinstatement of MilTA for Airmen.

Looking to the future, the Air Force policy for courses that started Oct. 1-16 will be distributed as soon as it is available, White said.

Air Force officials urge members to continue monitoring http://www.af.mil/ and the Air Force Virtual Education Center (AFVEC), which can be found on the Air Force portal, for the most up to date information.

Also, an email will be sent through the Air Force Automated Education Management System, notifying members of the reinstatement of their approved MilTA request for courses starting on Oct. 17 and later.

Currently, policy is being developed for courses that started Oct. 1-16, and information will be distributed as soon as it is available.

According to Air Force officials, the service will resume close to normal pre-shutdown operations, operating under the same constrained budget of FY13, according to the Air Force budget management and execution office.

For more information on the government reopening, visit http://www.af.mil/AboutUs/GovernmentShutdown.aspx.