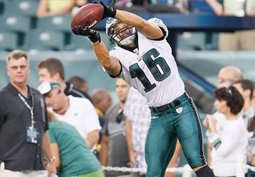 NEW ORLEANS — As Chad Hall was swallowed by the sea of humanity at Super Bowl media day, he paused for a moment to take it all in as the people poured by.

“Look at this. This is unreal. It’s crazy how it all works, crazy how things happen,” Hall said. “There aren’t 120 guys that get to experience this every year, and a lot less who come through the route I’ve taken.”

Hall, an Air Force graduate, had played in only one game for San Francisco this season — the NFC championship game in Atlanta — and Sunday’s Super Bowl will be his second with the team after he was signed to the practice squad in December and promoted in the playoffs.

And while there will be plenty of first-round, can’t-miss players in uniform for Sunday’s game, Hall is the guy who wore a different kind of uniform, the guy who has tried to make the transition from service academy to NFL player.

For the players who attend a service academy and harbor NFL dreams, it can be an extended test of commitment and patience.

“A lot of players finish their last season in college, they just train for the combine, train for the draft,” Hall said. “We don’t graduate until May, and then we serve for two years.”

Serve and hope. Hall spent two years as a maintenance officer at Hill Air Force Base in Utah. And in between days of repairing F-16s, Hall tried to keep himself ready for an NFL opportunity.

“My life was basically working 12 hours, then training for two or three (hours) and go to bed,” Hall said. “It wasn’t an ideal social life for a guy in his early 20s, but this has been a dream of mine.”

Hall spent two seasons with the Philadelphia Eagles, partly on the team’s practice squad and partly on the active roster. He played eight games in 2010 and seven games in 2011 as he tried to remake himself as an NFL wide receiver after playing running back in Air Force’s option attack.

When the Eagles asked him to sign to their practice squad this past summer, he declined, hoping to find another opportunity.

“I just felt what they felt about me as a player and maybe it wasn’t going to change,” Hall said. “And that’s tough to just say no like that. And then when I had to wait a bit, you start thinking about things, but I kept working, kept running routes, kept trying to keep myself ready, because I’ve always felt like it was possible. Not easy, but possible.”

The Broncos have seen the same kind of potential in Air Force graduate Ben Garland, who spent this past season on the team’s practice squad as a defensive lineman. Garland consistently draws raves for his work ethic and quick feet for a player of his size.

The Broncos had Garland on reserve/military during his service in the Air Force during the 2010 and 2011 seasons.

“I talk to Ben back and forth, and I think it’s probably a little bit tough for teams to take a chance or keep you on the radar in that time away,” Hall said. “From their perspective, they are taking a little bit of a risk. How will you be after two years? How will you play?

“That’s a hard sell for a GM to take a chance on one of those kind of guys. But I’m glad a couple have. I mean, I’m at the Super Bowl, with this team. You want to believe it can happen when you’re putting in all of the work. Guys like Ben and hopefully me, you want to be the first ones out there at practice, the last ones to leave, and hope that opportunity comes.”