Aaron Alexis May Have Been Suffering from PTSD 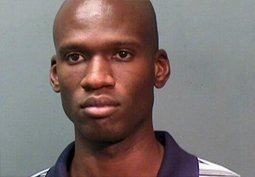 With his death on Monday, Aaron Alexis took with him to the grave all possible answers to what was going on his head before he opened fire at the Washington navy yard, killing 12 people. But in the wake of one of America’s deadliest mass shootings, the search for explanations is all but inevitable. And so, right on time, in the hours after the tragedy unfolded, reports quickly surfaced that Alexis had been suffering from post traumatic stress disorder. An anonymous law enforcement source told the Associated Press Tuesday that Alexis had “a host of serious mental issues, including paranoia and a sleep disorder.”  Which makes this a good time to talk about PTSD and the differences in various mental health issues, how grossly misunderstood the people struggling with them often are, and how desperately we need better resources.

Much has already been uncovered about the 34 year-old Alexis’ seemingly contradictory history. A friend described for the AP Monday his faithful Buddhism. “We are all shocked,” he said. “We are nonviolent. Aaron was a very good practitioner of Buddhism. He could chant better than even some of the Thai congregants.” He served three years as a navy aviation electrician’s mate third class. He’d been involved in two previous minor shooting incidents. Nine years ago, he shot out a construction worker’s tires during what he called a “blackout.” His father reportedly told police at the time that Alexis “anger management problems associated with PTSD, and that Alexis had been an active participant in rescue attempts on September 11, 2001.”

But does the word of his father mean that Alexis had a clear diagnosis of PTSD? And is there a demonstrable link between PTSD and violence anyway? Not exactly. In 2012, when Sgt. Robert Bales was accused of killing 16 Afghan civilians, his attorneys pointed out his three prior tours in Iraq and said he may have been suffering PTSD or traumatic brain injury. But as Dr. Charles Raison explained to CNN at the time, having PTSD is not the same as having a psychotic break. And research on the subject, which the Washington Post last year aptly described as “voluminous and inadequate,” tells conflicting stories. On the one hand, veterans with a PTSD diagnosis are “two to three times more likely to be physically abusive” to their wives and partners, and three times likelier to get into fistfights. But as Paula Schnurr, deputy director of the Department of Veterans Affairs’s National Center for PTSD, notes, “The closer we get to trying to understand how PTSD relates to extreme violence, the more we get anecdotal.” And in a post on PTSD awareness by Public Health Service Capt. Janet Hawkins just last month, she wrote that “The relationship between PTSD and interpersonal violence is not well understood.”

PTSD can hit anyone who has had a traumatic physical or emotional shock. When you’re suffering with it, you don’t just remember the trauma, your brain makes you feel like you’re re-experiencing it, so basically it sends you back to your worst hell well after you’ve otherwise left it. It has a profound effect on the way the brain functions. It affects sleep and concentration. It can lead to anger and aggression. Untreated, it can have severe long-term effects on an individual’s mental health. Yet people who experience it often feel stigmatized, frightened, as the Washington Post reported last year, by the damning word “disorder.” Or they may fear that acknowledging the condition somehow puts them in the same company as killers.

It’s estimated that nearly eight million Americans are suffering PTSD at any given time. The percent of veterans who experience it is far higher — anywhere from 10 to 30%. It a serious and seriously widespread, misunderstood condition. The National Institutes of Health calls it a flat out “epidemic.” We may never know what drove Aaron Alexis to commit the acts he did on Monday morning. We never even be certain he had long-term trauma. But in the conversations we will no doubt continue to have about his actions, it’s important to remember that even if he did have PTSD, he is not the face of PTSD.