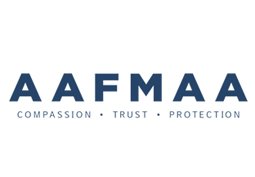 In 1879, the Army Mutual Aid Association (AMAA) was formed to assist the widows of deceased members in a prompt, simple and substantial manner.  Originally only Army Officers were admitted into membership.  Over time, membership eligibility expanded to include Air Force service members.  In 1987, Army Mutual Aid Association became The Army and Air Force Mutual Aid Association (AAFMAA).  Membership continued to grow and in September 2011, the Navy, Marine Corps and Coast Guard were welcomed into AAFMAA membership.  To reflect this change to include all United States Armed Forces — Active Duty, Retired, Guard/Reserve, Officer and Enlisted — AAFMAA’s name has evolved again.

On 12 June 2013, AAFMAA’s official name became American Armed Forces Mutual Aid Association (still AAFMAA).  To maintain continuity, the acronym AAFMAA will continue to be used, as it has been for over a decade, in member and prospective member communications.  AAFMAA continues to provide unparalleled Survivor Assistance Services to surviving widows and widowers of deceased AAFMAA members in addition to extremely competitive military life insurance and Financial Services.

If you have any questions, please contact the Association Secretary at Secretary@aafmaa.com.