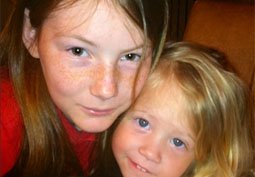 Doctors may be able to diagnose a child’s risk of autism at birth, which would allow treatment of the burgeoning disorder to begin in the child’s earliest days, a new study finds.

Solely by looking at the abnormal folds of their placenta, Yale University researchers were able to identify whether a newborn was or was not the younger sibling of a child with autism – and therefore nine times more likely to develop the condition themselves.

“At birth we have a tool now that can tell us who’s at risk and who isn’t at risk for autism,” said Harvey Kliman, a Yale researcher and lead author of the paper appearing today in the journal Biological Psychiatry. “This gives us the opportunity to intervene at a time when the brain is most plastic and able to transform.”

The proportion of the nation’s children identified with autism disorders has been on a remarkable climb: from one in 5,000 in 1975 to one in 50 in 2013.

It’s not yet clear from the new study – and won’t be until the children get at least a year older – whether the younger child will actually develop autism, which is characterized by repetitive behaviors and social and communication challenges.

Finding a signature for autism in the placenta may also help researchers better identify both the genetics that set the stage for autism and the environmental factors that trigger it, said Cheryl Walker, a study co-author.

The most likely candidates include problems with obesity, nutrition, weight gain or diabetes in the mother, as well as exposure to chemicals that disrupt hormones, “all of which may influence growth in fetal tissues like the placenta and brain,” said Walker, an assistant professor of obstetrics and gynecology at the University of California, Davis.

Researchers at UC Davis’ MIND Institute have been following the younger siblings of children with autism in a study called Markers of Autism Risk in Babies – Learning Early Signs, or MARBLES, to see if they can gain insights into the causes of autism. They sent 217 placenta samples to Kliman, who was able with 90% accuracy to identify without prior knowledge which of the placentas came from the younger sibling of a child with autism, and which from another study participant who did not have autism in the family.

The abnormal folding in the placenta suggests that autism may affect the way tissue is folded throughout the body, he said.

Because it hasn’t been possible to diagnose autism or autism risk in the first months of life, researchers are hopeful, but don’t know for certain whether the behavioral therapy that helps older children will work on newborns.

Chris Mann Sullivan of Norman, N.C., is optimistic, though. Sullivan, who has a doctorate in counseling and spent her career doing behavioral therapy with kids on the autism spectrum, got her own newborn’s placenta tested three years ago, because she had heard of Kliman’s work and wanted to understand it better.

Now three, Dania has a few peculiarities – she can easily fall into obsessions and overreact to change – but is otherwise developing well. Obviously, Sullivan doesn’t know what would have happened if she hadn’t started therapy so early, but she believes the work has made a difference for Dania.

“She had many, many symptoms that I think, gone untreated, would have developed into something,” Sullivan said.