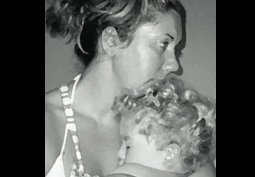 I’ve had to ghostwrite a bestselling novel before; when asked the damning question ‘what do you do?’ I could say out loud, ‘I am a writer.’ Yet I have always been a writer. I write because I am. In the days before Internet and email I wrote handwritten letters to pen pals, relatives and friends. I wrote stories and unprintable poems that make toes curl to the sky when I re-read them now; my precocious young self, writing flighty self-indulgent verse.

I ghostwrote a battlefield memoir for a Royal Marine Major about the role of the conflict in Afghanistan called Immediate Response, published by Penguin. It was only when my editor said it was ‘hen’s teeth rare’ to debut with a bestseller that I finally felt I could honestly say “I am a writer.”

Writing honestly is my biggest passion; my truth, not the absolute truth, but the truth as I see it at the time of observation. Truth can always be clouded by circumstance and emotion, so I don’t think there is such a thing as absolute truth. Writing honestly can be difficult, especially if we are forced to confront truths we don’t want to see or face. But it was this commitment to truth and to writing honestly that led me to self-publish (via Amazon’s Create Space platform) my book, A Modern Military Mother – Tales from the Domestic Frontline.

I didn’t want to write a book that depicted my life as some cupcake heaven of solidarity and blissful happiness, with white picket fences and perfect children, where I stoically kept the home fires burning with a stiff upper lip and an even stiffer gin and tonic – although the G&T bit might be true. I wanted to write a book that was raw, honest, funny, moving and a little awkward to read at times. It certainly makes my toes curl in places. This book is that book; and I don’t expect universal agreement at every point, but if you are a daughter, girl, woman, mother or wife, then in it somewhere you will find something for you.

But be warned, it contains adult humor and bad language; however, please read it all with a British accent.

Clare Macnaughton is a British MilSpouse and writer, explaining her life from the other side of the British military. Much of her writing aims to clear up misconceptions about military life. Her work has appeared in publications such as Huff Post UK, involving motherhood, women’s issues and the military lifestyle. Check out these links for more of her work or to get in touch: