41 Female Founders Every Entrepreneur Should Know 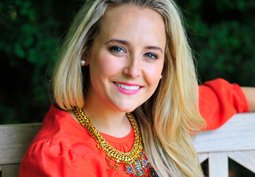 Lauren Drell from Mashable Tech has put together an impressive list of the 41 female founders every entrepreneur should know, from fashion gurus to ecommerce experts to social networking pros. The success of prominent female leaders such as Facebook‘s Sheryl Sandberg and Yahoo‘s Marissa Mayer are bringing more attention to women in the tech sphere. But beyond the Sandbergs and the Mayers, there’s a crop of women who are not only leading, but also launching tech startups.

Below are the first 5 of the fabulous list (as written by Drell). Click here for the full 41.

Von Tobel dropped out of Harvard Business School to launch LearnVest after winning an Astia business plan competition. With the confidence to get her plan off the ground, she raised a $1.1 million seed round in June 2009 and launched the business in December 2009. To date, the Drop.io and Morgan Stanley alum has raised nearly $25 million to fund the growth of LearnVest, a personal finance platform that offers tools, content and financial planning for women, covering everything from consolidating your debt to saving for your future. She describes her business model as “Weight Watchers meets personal finance.”

Singh Cassidy founded Joyus, a video-based ecommerce site that helps customers discover their new favorite things in apparel, beauty and lifestyle. Singh Cassidy was previously the CEO at Polyvore, (founded by another woman on this list), spent 18 years as an Internet and media executive at companies including Google, Amazon, Yodlee and News Corporation, and was the CEO-in-Residence with Accel Partners.

Laura Fitton was one of the first to realize that Twitter could be leveraged for marketing. She started Pistachio Consulting (hence her Twitter handle @Pistachio) and later wrote the book Twitter for Dummies, giving everyday people a chance to recognize the power of Twitter. Her next venture was oneforty, an app store for Twitter. Using her keen eye for spotting tech-trends, she created a hub for the best extensions and apps for Twitter based on a community of rating and sharing tools. Even though Fitton claims she was “thoroughly unqualified for the idea” when she came upon the plan, oneforty has become a huge success and was acquired by HubSpot last year; Fitton is the company’s inbound marketing evangelist.

A Y-Combinator and Harvard Business School alum, Vidisheva launched Shoptiques as a new way to shop online. While boutiques offer fashion to locals and tourists, many don’t have an ecommerce presence, making it hard to nab threads from local designers. Vidisheva raised her initial seed round from Andreessen Horowitz, Greylock Partners, Benchmark Capital, General Catalyst and SV Angel. The site is currently U.S. only, but Vidisheva is working to bring the Shoptiques experience to international consumers.

Kass is a serial entrepreneur, managing ventures alongside her husband, Mike Lazerow. The two started GOLF.com, which they sold to Time Inc. in 2006, then they launched the social media management software Buddy Media, which raised four rounds of funding and was recently acquired by Salesforce for $689 million. Kass brings extensive experience in marketing, consulting and business operations to the table, and describes herself as the most competitive person she knows.