15 Tips from MilSpouses on the Next PCS Move 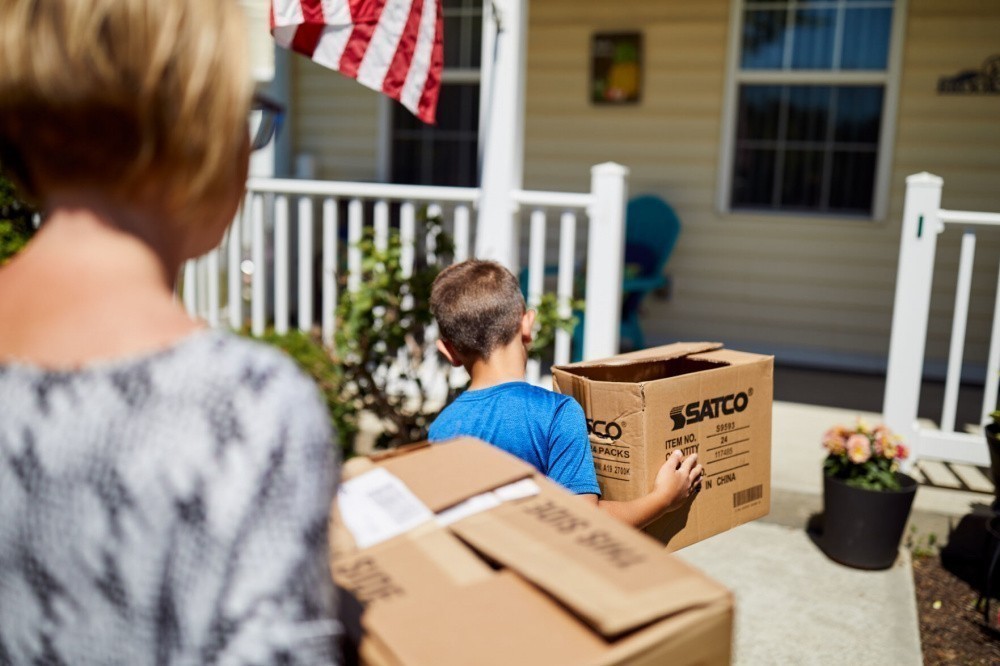 As my family nears retirement this year, my husband and I have decided to stay put and drop some roots here in our current duty station. Even though we donʻt live on post, we live in a community filled with military families, retired and active duty.

With PCS season here, we have noticed some of the nearby streets in our neighborhood with transportation trucks parked in front of homes loading OR unloading.

Because our last PCS move here was, well, our last PCS, I decided to ask fellow MilSpouses some of their favorite tips when it came to “The Next Move”, and they DELIVERED.

Pause here for a moment… THIS is what I love about our community: The spouses that have been around the block and want it to be better for the next spouse on their next whatever the military throws at them.

Letʻs dive in with the first tip, which Iʻve divided in a PRE-, DURING, and POST- way.

“Ask for help BEFORE you need it! Okay, so what does that mean? It means, you know it’s going to get stressful at times, so plan for that and don’t be afraid to reach out and ask for specific things from people you know.”

Donʻt be scared. Ask that new family that just PCSʻd into your neighborhood how their recent move went.

“Set aside a room as the ‘pack last’ space. When we were overseas, the master bedroom was where I hid out for a day-and-a-half to fold laundry, pack our suitcases, sort items to sell/donate while the movers packed the rest of the house. It gave me extra time to get really organized while my husband oversaw the packers and it was a safe space to ensure nothing that we needed got packed.”

Having an off-limits “space” during that chaos is so genius!

“Organize. Organize. Organize. If the packers see a junk drawer, they’ll dump it on top of that antique vase, with one sheet of paper in between. Or an iron on top of your favorite shoes. Or a toilet plunger on top of new towels. Just try to organize by room. Anything you wouldn’t want packed together, put it in a garage or elsewhere.”

This is what I was told the first time we PCSʻd. Iʻd like to add here to dump the trash, because that will move with your trash can many states or a country away if you don’t. #TrueStory

“We got a Google Voice number tied to our “joint” Gmail that rings on both our phones with the app. It’s like having a house phone again, and that’s the number we give out every time a retail store, hotel or other asks.”

When I read this tip, I was like MINDBLOWN. The amount of times my husband missed a call from this or that because he was in a meeting, or I missed one because I was doing school pick-up, this would have been a smart way to make sure we werenʻt missing calls!

“I have three kids. When we PCS, they all get to pick out new decor for their room in the new house. We buy everything, but don’t open it. We pack it all up before the movers come, and they decorate the outside of the box. I tell the movers they can take it as is or put it inside a bigger box… but do not unbox it. It’s theirs.”

What a way to get the kids involved AND excited for their next adventure.

“Book a staycation during your pack-out! AirBNB, nice hotel, whatever it may be. You’ll appreciate having a separate place to crash or do laundry before the move.”

If this is in the budget, this is so one of my favorites. Moving equals chaos. Being able to shift to another space when resting can truly help prepare for the next day of packing or driving.

“If you have littles and you don’t have family help nearby, invest in a babysitter or swap with another family for sitting each other’s kids during pack-out and unloading days.”

Sometimes we feel like we HAVE to do it all as spouses. You deserve any help you can get during PCS season — especially how often we do it.

“Each person should have one small ‘grab bag’ for hotel stops.”

“You don’t need as much as you think you do while you wait.”

Iʻll admit, Iʻm not a great packer — as in, Iʻm so unsure what Iʻll need, I pack WAYYY too much. Iʻm that person that needs someone to tell me whatʻs necessary (a.k.a. “this is excessive Selena… scale it back.”)

I downloaded this app too late to use myself, but maybe you all can benefit from it: MyUltimatePCS.

“It’s OK to put trackers into your boxes when the movers take them! It relieves so much stress knowing exactly where our loads were.”

Again, another tip I wish I had during our last PCS. Not because anything was stolen, but something went missing and I assumed and was CONVINCED it was stolen. Four years later, during a purge due to us retiring, I found a box my husband shoved in a deep closet that was unopened. Guess what I found? The items that were ”stolen”. #DeepShame

“Keep your hardware with you! Make sure everything is taken apart and the screws, nuts bolts are kept with YOU!!!”

My Army spouse had so many PCSʻs before we married and this was THE first thing he always did and stored.

This. Sustenance comes from this space and it Just. Makes. Sense.

“Do a partial DITY move and move all of your valuables and any irreplaceable things yourself; if you’re able to do that based on the location. The packers move everything else.”

I recall we rented a small U-Haul trailer and filled it with what we knew we HAD to have until our HHG came (they had estimated about two weeks, but Iʻve heard some friends wait a month or longer). The price of the rental was far less than purchasing random things we needed to live.

“I always found move-in most stressful.

1) Prepare for hands-free furniture placement direction. Draw diagrams of where the furniture should go into a room and tape it onto the door of the room. With littles running around and sending the husband to work (he just gets in the way), the movers would know where to put the stuff while I check boxes in as they come through the door.

2. I also taped the inventory lists to the wall inside the front door and checked them off myself.”

I was super fortunate that my sister and her kids came to help us move in and we formed a team to tackle all the things when HHG came. My sister was in charge of checking in inventory while I and the husband got things organized as our items got popped into the right rooms. Key here is to find your system and execute! #Boom

“Plan an open house for two weeks after your HHG arrives and drop postcard invites in your neighbors’ mailboxes. It gets you motivated to unpack, hang pictures, etc., and it allows you to meet the neighbors and make connections efficiently. I usually rue the rush as we get down to the wire the day before hosting, and then love the day after when my house is tidy and unpacked, and I have a bunch of new emergency contacts for the kids’ school.

FWIW, this was even doable when we moved during COVID… we had everyone over to our driveway, drinks and cupcakes, and bubble wands for kids to run around with.”

Secret here: Iʻm a closeted introvert. But this is SUCH a great way to get two things done in one swoop! Meet your new neighbors AND that trick of we are all better cleaners when guests are over can be such a good motivator to getting things done.

“Don’t think about the next PCS. Enjoy this duty station.”

This is exactly how I would want to end this article. Slow it down, enjoy all the new things to discover with your spouse and kids if you have them. Now, if we could just figure out how to get all those sneaky stickers that hide. #IYKYK