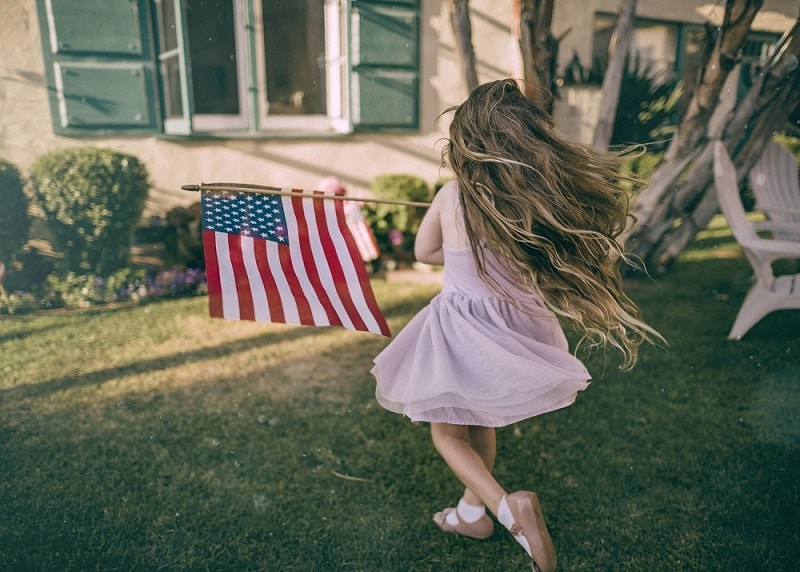 Military kids live a vastly different lifestyle than most other civilian children, but that in no way means they’re outsiders. All military kids have an interesting connection with each other through all the things they’ve learned to do differently. Any civilian, child or adult, could do well to learn from their experience.

Here is a list of 10 things military kids learn to do differently, and why they deserve our respect and support.

Some children make new friends easily and never think twice about making connections, while others may need a bit of a push to build new relationships.

In military life, children learn fairly quickly that friends don’t come to you, you must go to them, and when you move around all the time you have to be willing to make new friends.

It’s safe to say that military kids travel more than a lot of civilian children and are therefore exposed to various cultures. The more children can experience other cultures in their youth, the more comfortable they’ll be with different ideas and perspectives when they grow up.

Picky eating is something most parents have to deal with at some time or another, but military kids generally develop flexibility when it comes to food. Trying a new restaurant, exploring a new culture, or even trying native fruits and veggies is all possible when you’re a military kid and you move around a lot. Eating outside of their comfort zone is a more regular occurrence for them than for many civilian children.

Military kids have seen and experienced a lot by the time they become adults. Photos, trinkets, games, music, and memories can all be tied to unique experiences they had as children that they then learn how to incorporate into their life as they mature, often doing so in a far different way than many civilian children do.

When you know your life could change at a moment’s notice, you learn to cherish the little things that make life special.

5) Old Friends Are Not Forgotten

Moving is hard for kids no matter if they’re in a military or a civilian family. You have to leave your home, your school, and all of your friends — everything you’ve ever known. But when you’re a military kid and move frequently, you not only get used to making new friends but also with keeping up with the old best friends you had before. It can be challenging, but maintaining long-distance friendships is something military kids learn to do well.

6) Home Is Where You Make It

Starting over every few years in a new, unknown place can certainly be difficult, but that doesn’t mean you can’t create happiness. Military kids learn to create a home where they are, to cultivate their own happiness, and to make the best of every situation.

When you’re moving every few years, you learn not to collect things you don’t need. There’s only so much you can stand to box and unbox again until you realize some things aren’t worth keeping. Military kids learn how to keep what matters and discard the rest.

8) Have a Good Attitude

Deployments are hard, not all bases are fun to live on, and new schools aren’t always super welcoming. But good can be found in every location, in every experience, and in every adventure.

Military kids learn how to embrace adversity and keep a positive outlook on life, even when the going gets tough.

9) Everyone Says Goodbye at Some Point

Saying goodbye is never easy. Military kids often have to deal with the pain of goodbyes early on in their lives due to deployments, changing locations, or even the worst of goodbyes — when someone is taken from you too soon. Military kids learn early on that goodbyes are part of life, but so is celebrating the life, friendships, and experiences that existed before the goodbye.

Civilian children don’t always know it, but military kids do: when a father or mother is serving in the military, that means the entire family has to make sacrifices. Military kids learn early on the importance or duty and service, which is something all civilians can respect and admire.

Thank you for your service, military kids!