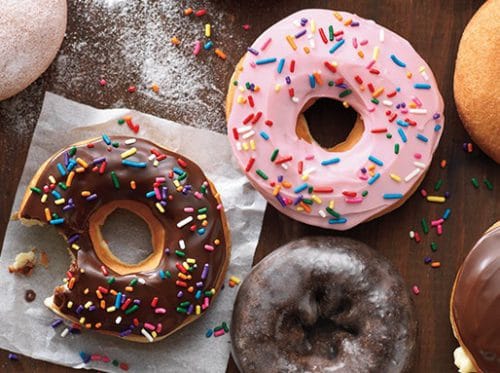 It’s hard to name a breakfast more American than a fresh doughnut paired with a steaming cup of coffee. Whether they’re jelly-filled, chocolate-glazed, or cinnamon sugar-sprinkled, these succulent pastries sing their sweet siren songs from breakfast buffets and coffee shop windows across the country.

The U.S. is so crazy about doughnuts, the first Friday of June has been designated as National Doughnut Day with doughnut shops everywhere offering free treats and discounted dozens. Just be sure to thank the Salvation Army for your complimentary Krispy Kreme, as the first National Doughnut Day in 1938 was established to honor their work of satisfying service members’ sweet tooths in World War I.

Shortly after the U.S. entered WWI in 1917, the Salvation Army sent volunteers to France to provide spiritual and emotional support to the U.S. soldiers fighting there. They set up small huts along the front lines where they offer soldiers small comforts of home like clothes, coffee and, of course, baked goods. 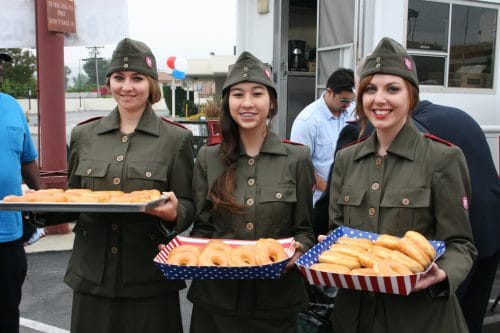 The volunteers quickly discovered the difficulty of providing a variety of baked goods with the limited rations available to them. Two volunteers, Ensign Margaret Sheldon and Adjutant Helen Purviance, decided to try making French crullers, as they only required a few ingredients, and set about rolling the dough out with empty wine bottles and frying it in soldiers’ helmets. The doughnuts’ popularity took off and the volunteers, quickly named “Doughnut Girls”, began serving anywhere from 2,500 to 9,000 doughnuts a day.

The troops brought their taste for doughnuts back to the U.S., setting off a craze that grew in the decades following the end of the war. Then, in 1938, the Salvation Army capitalized on the treat’s popularity by creating National Doughnut Day to raise funds and promote the support they provided in WWI and would again in WWII.

Given the Doughnut Girls’ limited resources, their signature doughnuts were far simpler than the fruity, creamy, and rainbow-frosted varieties on shelves today, but they were no less delicious. Try their lightly spiced treats this National Doughnut Day with this recipe from The Food Network. 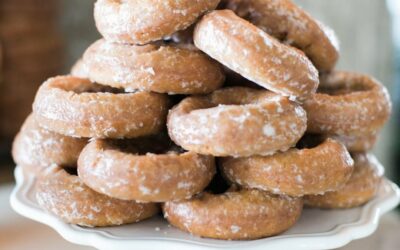 3. Add the flour mixture to the sugar mixture and work into a soft dough.

4. Dust a cutting board with the remaining flour and roll the dough out into a 1/4-inch thick sheet.

5. Cut the dough into your desired shape and fry in the oil, heated to about 375°F. Turn doughnuts frequently while frying. Cook until golden, about 3 minutes.

More History to Sink Your Teeth Into:

The Military Origin of PB&J You’ve Never Heard Before