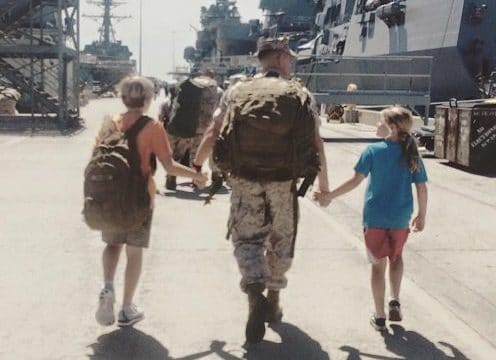 What “Half-Time” Means to Military Families

It feels like it has been forever, but also like it was just yesterday. It’s the halfway mark of the military deployment, and it goes so fast and yet, oh… so… very… slow…

In a nutshell, here’s how it plays out in our family. 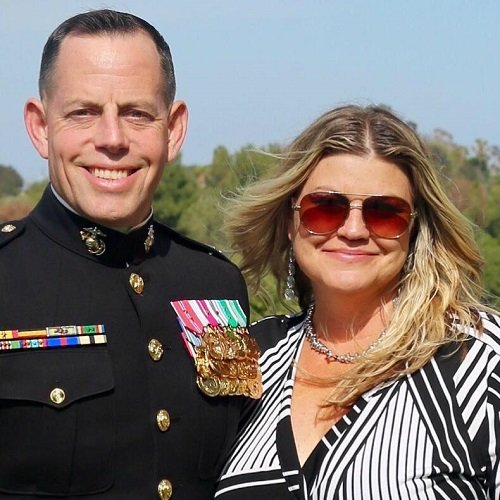 Everyone is on edge and in a hurry-up-and-wait stage. You know it’s coming, so rather than address the elephant in the room, you argue about the dishes in the sink.

Then it comes and smacks you upside the head, The Goodbye.

Everyone is cracked wide open and wrecked. I find myself afraid to acknowledge it because no dam can stop that flood if the levee breaks. The suppressed stuff reveals itself in the form of misplaced anger, sadness, and the like. Many weeks of sleepless nights will follow, and emotions dance on the tiptoes of dark loneliness.

Then, comes the halfway mark:

The folks on the home front (Us) begin to enter into acceptance. New normals are established, and the train keeps moving onward. For the one who is away (Him), this adjustment is filled with mixed emotions:

“Does my family even miss me anymore? It seems like everyone is just moving on without me.” Only, this is far from the truth.

Instead, this is survival mode kicking in—fight or flight. And in my home, WE FIGHT! We roll. We suck it up. There’s no other option. The kids know it, and so do I.

He feels like he is losing influence and input in regards to parenting and the ability to provide guidance in raising the kids. I feel like I am carrying the load and responsibility for the mothership. His suggestions get interpreted as demands or criticisms. My responses, in turn, feel dismissive and short. And so the crazy cycle goes.

Funny enough, we know what is happening, (it’s not our first rodeo, after all) but the weight of it sometimes sends us into a crappy place.

And no matter how many times we’ve done this dance, each extended separation brings unique challenges and unexpected experiences depending on the season of life.

Now we find ourselves in the teen and preteen years. The issues have higher stakes. Peers, school, hormones, Internet, sex, drugs, rock ‘n roll, and all the other things. It matters. It really matters.

So, here we are at halftime, taking our 7th Inning Stretch, preparing for the next phase. I am holding on tightly, as we head toward The Final Kick.

Valli Gideons is a military bride who writes about raising kids with cochlear implants, military life, and other things from the heart. She’s been married to her Marine for 22 years and has learned despite the struggles and sacrifices, it is worth it. Check her out on Facebook (@MyBattleCall), on Twitter (@valligideons) or on her website.

How I Survived Our First Deployment

Getting Out of A Deployment Funk

Reconnecting After a Military Deployment

Summer Fun: The Best Vacation for Your Zodiac Sign