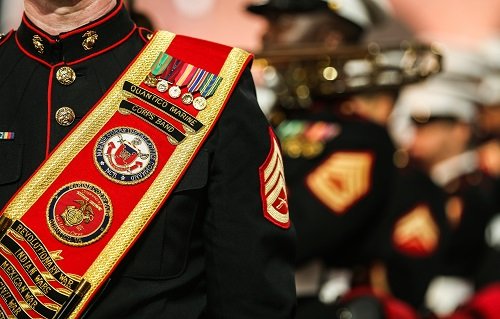 That’s the motto for the United States Marine Corps Reserve (USMCR), and it couldn’t be more accurate.

Today — August 29, 2018 — marks the 102nd birthday of the United States Marine Corps Reserve. Established as part of the Naval Appropriations Act of 29 August 1916, the USMCR is described as a Military branch “responsible for providing trained units and qualified individuals to be mobilized for active duty in time of war, national emergency or contingency operations.” And they’ve certainly lived up to that. The USMCR has been called upon to play pivotal roles in wars such as World War I, World War II, the Koran War, Operation Desert Storm, Operation Enduring Freedom, and Operation Iraqi Freedom.

But the servicemembers serving in the United States Marine Corps Reserve aren’t only helping on the battlefield or during times of war. What the reserve force may be most famous for is their community service. You may not know this, but the USMCR is the driving force behind Toys for Tots, a nation-wide toy drive that delivers new toys to needy children in the community. Their goal, beyond delivering toys, is to deliver “a message of hope to less fortunate youngsters that will assist them in becoming responsible, productive, and patriotic citizens.”

In addition to all of their charity work, the United States Marine Corps Reserve provides personnel and operational relief for active forces in peacetime. If you want to learn more about the USMCR and check out everything they’re doing, visit their website marforres.marines.mil.

So for their 102nd Birthday, we’d like to send out our sincerest “Thank You” to all current and former members of the USMCR for everything they do on and off of the battlefield. Your many, many years of brave and tireless service do not go unappreciated.