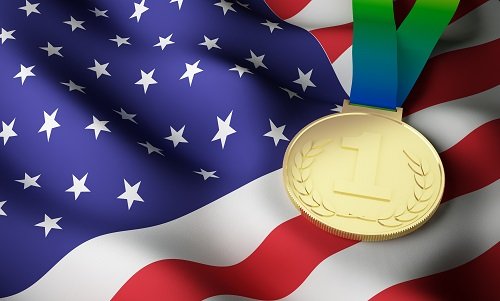 Finally, the Winter Olympics are here! The 2018 competition officially began last night in PyeongChang, South Korea, with ski jumping, luge, and biathlon. The opening ceremonies, however, will not be held until Friday, February 9. The first medals will follow shortly after, on Saturday, when five events will crown a champion. But there won’t just be athletes among the swarms of U.S. Olympians—a total of 133 Americans will compete in PyeongChang. Walking among the Olympians will be some of our nation’s servicemembers.

In total, seven servicemembers will compete in South Korea. For some, this won’t even be their first time at the Winter Olympics. The American 4-man and 2-man bobsled teams include two former medal winners—Sgt. Justin Olsen (Gold, 2010) and Cpt. Chris Fogt (Bronze 2014), and another Olympic veteran—Sgt. Nick Cunningham (2010,2014). All three men are part of the U.S. Army World Class Athlete Program. Additionally, Olsen and Cunningham are both team members for another squad, the New York National Guard. Also competing in the 4-man bobsled is Sgt. First Class Nathan Weber of the 10th Special Forces.

Not all the Soldiers are bobsledders, though. Two Sergeants will be competing in Single Luge; Sgt. Emily Sweeney and Sgt. Taylor Morris will both be representing the United States. Over on the Doubles track, Sgt. Matt Mortensen, another member of the World Class Athlete Program, will be suiting up for the red, white, and blue.

“It’s real important for the Army because it showcases the Army’s ability to support soldiers in what they do, and challenges me to be a better soldier,” Sgt. Mortensen told WTVM about competing in this year’s Winter Olympics.

In addition, Capt. Michael Brian Kohn and Sgt. Shauna Rohbock will represent the U.S. Army as bobsled coaches during this year’s competition.

What events are you most excited to watch during the 2018 Winter Olympics? Let us know by commenting below, or tell us a story!

More US Army News from SpouseLink:

Thousands of Army Stories in Your Hand