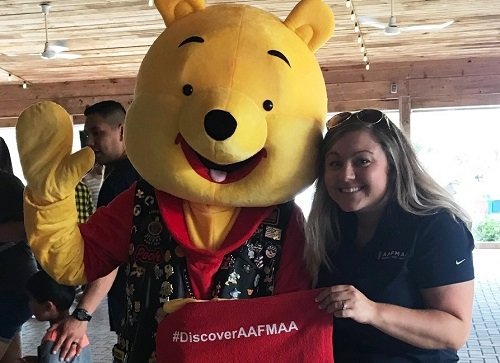 SpouseLink Ambassador Emily and soon-to-be Ambassador Sarah were on location having a wild time mixing and mingling with other MilSpouses and their military families, as they representd SpouseLink and AAFMAA at the Virginia Zoo in Norfolk, VA, at the USO’s Military Appreciation Day, October 2017.

A giant lizard, a Pooh bear and Batman got into the action there. Looks like it was a great day!

See how “wild” things got: