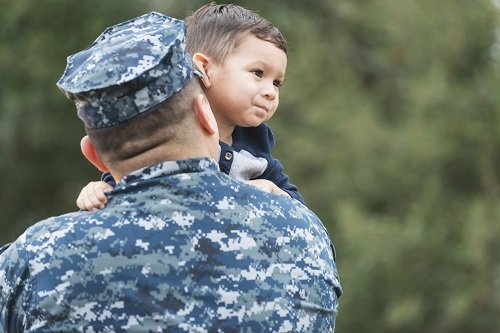 “It’s tough to start a family and raise a family while we make deployments, so the first thing we need to do is remove unnecessary obstacles between starting that family and having that Navy career,” said Vice Adm. Robert Burke, the Navy’s top personnel official.

In an attempt to remove those “unnecessary obstacles” the Navy is asking for an expansion of their paternity leave policy, Burke told Sailors earlier this month in Yokosuka, Japan. The updated policy would allow new fathers to take 21 days of leave. As of right now, the Department of Defense caps paternity and adoption leave at 10 days. The 10-day policy was first implemented in 2009 as part of the 2009 Defense Authorization Act. However, as part of the 2017 Defense Authorization Act, the Secretary of Defense now has the power to authorize 21 days of leave for secondary caregivers. The 21-day maximum is what the Navy is pushing for, and could more than double the amount of leave available to new fathers.

“The current (policy) is 10 and 10 for paternity and adoption leave, so it could be going up to somewhere around 21 and 21, is what we’re guessing … that’s what we’re recommending. We’ll see where it comes out,” said Burke. 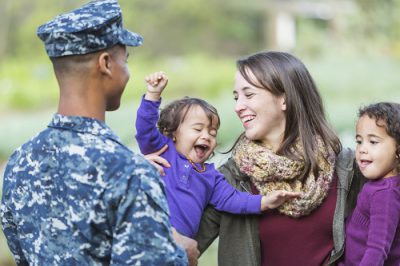 The Navy’s proposed policy will also extend beyond birth fathers and include legal custodian parents, as well, in an effort to “reflect where we are in modern society.” In some cases, the new policy could even apply to servicemembers in domestic partnerships where they are not the new child’s birth parent. All of this, however, is still up for debate and approval by the DoD.

This is not the first time the Navy has attempted to increase parental leave. In 2015, the Navy was the first military service to push for a significant expansion of the military’s maternity leave policy. Along with female Marines, female Sailors received 18 weeks of maternity leave under the new policy, a six-week increase from the standard at the time. The 18 weeks were later scaled back to 12 when then-Defense Secretary Ash Carter implemented a military-wide 12-week maternity leave policy.

Whether or not the proposed policy will be accepted is still yet to be determined. Burke expects that a decision could be made as early as February, but that could be an optimistic prediction on his part. Regardless, the Navy plans to release a message regarding leave categories and rules once a decision is made.

The Good & the Bad of Traveling with Kids

Finding Childcare that Fits Your Kids