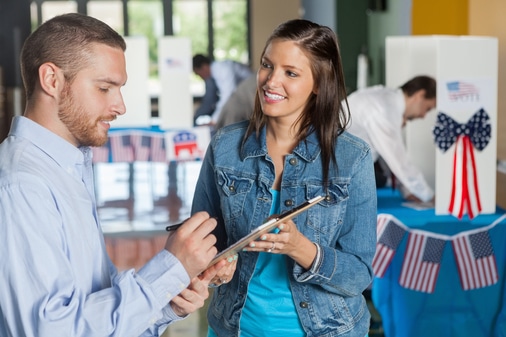 If you’ve somehow missed the barrage of TV ads for your local elections, we’re here to remind you that it’s election season. Yes, even in the years when we aren’t electing presidents, we’re still electing someone to office during the midterm elections. And what better time to look ahead to upcoming elections than on National Voter Registration Day (September 25).

Voting is a vital part of being an American citizen. It is one of the defining features of our democracy; the fact that all individuals, no matter their race, religion, or beliefs, have an equal voice in the election process. On election day, everyone has the ability to influence the direction in which our country and our government goes.

In November, many states and districts across the country will hold elections to determine representation in the U.S. House of Representatives and Senate. For the House, all 435 seats are up for grabs, but only 33 of the 100 Senate seats will be going to the ballot on November 6. Additionally, 36 states will also be electing or re-electing a Governor for their state. The map below shows which states will be holding Gubernational elections, and which ones won’t. 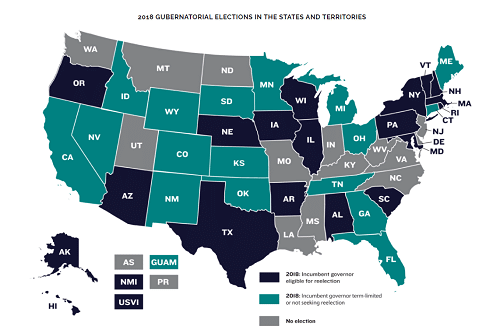 This year, races such as Ted Cruz v Beto O’Rourke in Texas, Martha McSally v Krysten Sinema in Arizona, and Bill Nelson v Rick Scott in Florida, have dominated the national headlines. But it’s important that you’re informed about the elections happening right in your backyard, even if they aren’t grabbing the national spotlight. To get a rundown of all the candidates and info on all the upcoming elections, check out the interactive 2018 Midterm Power Rankings from Fox News.

The most important issue during these midterm elections is whether you’re even registered to vote. If you aren’t registered, you can’t vote! It’s that simple. Although voting requirements and regulations are different across all states, there are some basics:

To learn more about the specific voting rules and regulations in your state, it is best to contact your state or local election office. If you aren’t registered to vote yet, don’t worry, it’s easy! Just go to vote.gov and follow their simple instructions. And before you head out to vote, double check your polling place. You can look it up here if you’re unsure.

Whether you’re a Republican, Democrat, somewhere in between or something else entirely, there’s no change without action. Go out, vote, and make it happen!

This video from USAgov should help clear things up.

More Things to Do in the Fall, from SpouseLink:

10 Romantic and Cozy Fall Dates for You and Your MilSpouse