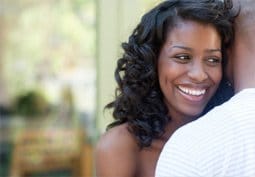 Corinne Lincoln-Pinheiro recently shared some of her feelings and realizations about life as a MilSpouse with the Cove Herald. If you’re a Military Spouse, there’s at least a few moments and emotions you’ll really be able to relate to. Her story should also empower you! Be proud of the strength and dedication that comes with #MilSpouseLife.

Here’s an excerpt from Corinne’s article

I love watching movies. It’s one of my favorite things to do — especially when the movie doesn’t think for you; those are the best ones. Of course, I have an all-time favorites list dating back before my husband and I were married. Up until last year, one of them was “Black Hawk Down.”

Before becoming a MilSo (a military spouse) I remember feeling a tremendous sense of pride in our military when I watched it. My best friend (now husband) was a soldier, and he was a good guy that I’d known since childhood. So the first time I watched it, I loved it even more.

I felt I could relate as a civilian to his military life.

I was in awe of what the soldiers overcame in this movie. I know Hollywood takes liberties with “true” movies but as a creative nonfiction writer, I appreciated the details that made the story come alive, the dialogue was authentic; and the emotional arc and character development were on target. Over time I only remembered that it was a good story.

Alas, I was wrong.

When it came on TV this time around, I decided to watch it with my husband, who had deployed several times. Within minutes my stomach was twisted up in knots. My pulse raced and I couldn’t place this weird sensation. Less than an hour into it, I needed a restroom break. Watching it as a MilSo (military spouse) was hard. How did I not see this when he was just my-best-friend-who-was-a-soldier-fighting-in-a-distant-war-kind-of-thing?

When I returned from the bathroom, it grew worse. My husband’s face was tense. Turns out he had worked (in other capacities) with some of the deceased soldiers portrayed in the movie. He knew them by name and rank and knew others who had worked with them as well. As he spoke about them and his experience (well, at least what he could tell me anyway), the room grew smaller and the ringing in my ear persisted. This was too real.

I realized a few things that day — why I didn’t watch war movies while he was deployed, and how fortunate I was to have him home. Some indeed gave all so others like him could survive. The family and friends of these brave soldiers paid the ultimate price. And every day, they are faced with that knowledge and live a new reality without their loved one.

How could I be so clueless?

Be sure to check out Corinne’s complete article.

How did your feelings change about the Military lifestyle after becoming a MilSpouse?