The Elusive History of the Ice Cream Sundae

Ice cream sundaes come drizzled with nostalgia for many of us. From melty memories of family vacations to sticky celebrations with friends, there are surely plenty of memories to go around. But who do you have to thank for your nummy nostalgia? The case of who created the first ice cream sundae is one that hungry historians have been trying to crack for more than a century. To date, three origin stories occurring in three different small towns stand out. 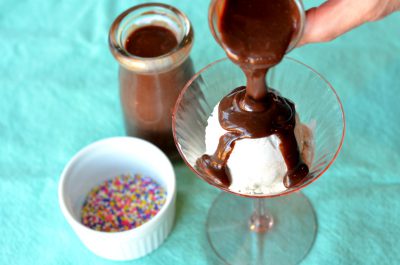 The earliest story comes out of Two Rivers, WI, located southeast of Green Bay on the shores of Lake Michigan. It’s said that on a summer Sunday in 1881, soda fountain owner Ed Berners poured chocolate syrup over a bowl of vanilla ice cream at the request of a customer. Ice cream was typically enjoyed alone or with soda at the time, so Berners was skeptical the concoction would be appealing. After one bite, however, he knew he had a hit on his hands. Berners became the first soda shop offering the dish every Sunday and continued to play around with the flavor possibilities, adding bananas, nuts, and raspberry sauce. He also changed the name from Sunday to “Sundae” at the suggestion of a customer.

Residents of Two Rivers remain proud of their local’s ice cream invention and have even built a working replica of Berners’ soda fountain in their town visitors’ center where they serve up all 18 of Berners’ original sundaes. There’s also a plaque and various references throughout the town naming it the “official” birthplace of the ice cream sundae. 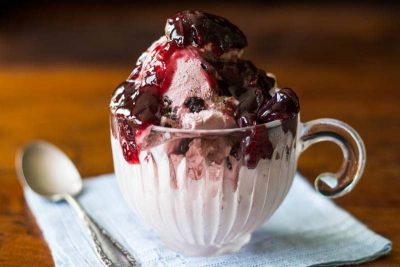 New York’s crunchy college town has a sundae origin story of its own and has gone so far as to collect evidence to support it. The locals claim that on Sunday, April 3, 1892, the Reverend John Scott of the local Unitarian Church joined Chester Platt, owner of Platt & Colt Pharmacy, for a bowl of ice cream. By a stroke of divine inspiration, Platt decided to top vanilla ice cream with cherry syrup and a candied cherry, dubbing the treat the “Cherry Sunday”. He began advertising the dish in the local newspaper, along with chocolate and strawberry variations, and eventually changed to name to “sundae” to avoid offending the church.

Ithaca and Two Rivers actually have an active (yet goodhearted) rivalry about who was first to the sundae scene. While both towns are wholeheartedly convinced they are official birthplace, Ithaca has the records to support their claims. A few years back, local teenagers rooted around the town archives for evidence and came up with a paper trail that includes the 1892 newspaper advertisement. 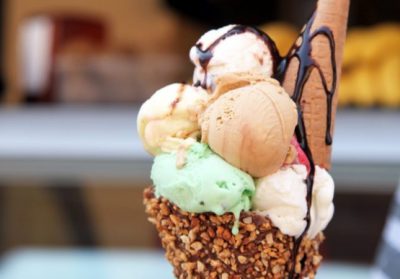 The third and final origin story comes from Evanston, IL, where a ban was passed on ice cream sodas in 1890. This “blue law” was pushed through by the Methodist church which, depending on the story you get, either thought soda was too decadent of a treat to have on Sundays or was unhappy with the crowds that were drawn to soda foundations on the Sabbath. Shop owners came up with the clever idea of serving soda-less sodas on Sunday: bowls of ice cream and syrup. Originally called the “Sunday soda” the name was quickly changed to avoid further offending the church.

Regardless of which story you believe, we can all agree that there’s no better way to enjoy an ooey-gooey ice cream sundae than with your Military family and friends. And, while you’re at it, why not invite over your MilSpouse besties and make it an ice cream social?