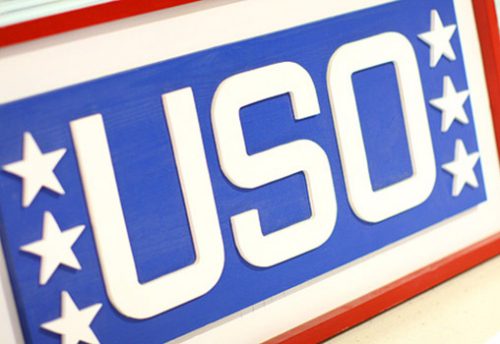 Happy birthday to the USO! Founded on this day (February 4) in 1941 by then president Franklin D. Roosevelt, the USO has been helping America’s servicemembers and Military Families around the world for over 75 years.

During World War II, the USO was originally designed to be a servicemember’s “home away from home”; a place of comfort and entertainment during times of war. After briefly disbanding in 1947, the USO was revived in 1950 during the Korean War. Since then, the USO has continued to provide for servicemembers and their families during both times of war and times of peace. But in the 78 years since its founding, the USO has evolved quite a bit. Now, they do a lot more than just entertain the troops.

With more than 200 locations across 7 continents and more than 30,000 volunteers, the USO’s influence stretches far and wide. Luckily, it’s all to the benefit of you and your MilFam.

Separation and long-distance relationships are just part of life as a MilSpouse and MilFam. The USO knows that and does their best to help keep those relationships alive, no matter the miles. With multiple different programs that help families and spouses stay connected, the USO is truly helping to make the world a bit smaller. 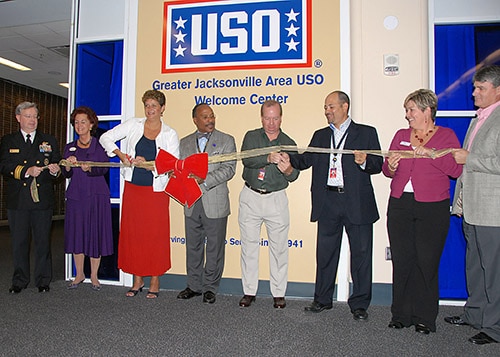 Check out all the USO does to keep MilFam’s together, even when they’re apart.

From the moment any servicemember enlists, the USO has their back. From introducing new members to resources on base, to providing care packages to troops on the front lines, the USO is committed to helping military personnel throughout their journey. 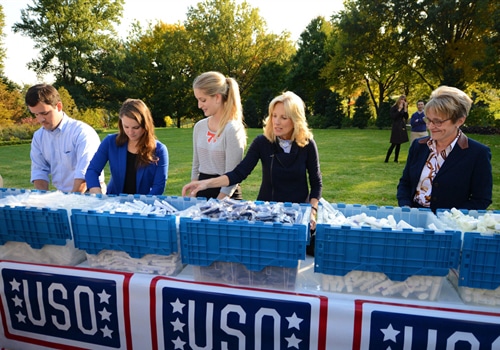 Plus, they know that “it takes a force” to provide them with their “home away from home.” Some programs that help them do that include:

For most of our country’s servicemembers and MilFams, there is life after the military. Whether it seems like it now or not. Eventually, most families will transition out of military life. But whether your transition is one into civilian life, or simply another transition within your military life, the USO will be there to help you through it. Transitions are always difficult. It helps to have someone there guiding you. 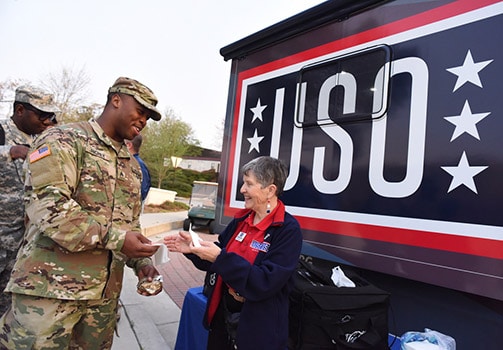 For help with any of your MilFam’s transitions, stop by your local USO location, or tap into some of their great online resources:

Putting on a Show

Helping our servicemembers is hard work and serious business, but that doesn’t mean the USO isn’t allowed to have a little fun. In fact, the USO might be best know for fun. After all, they’ve been bringing it to military bases around the world for decades! Stars such as Marlene Dietrich, Marilyn Monroe, James Brown, Kid Rock, Jennifer Lopez, Stephen Colbert, Katy Perry, and countless others have graced the USO stages. Who do you think will be going on tour with them in 2019?. 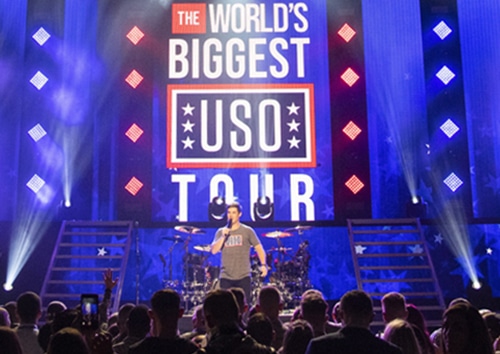 If you haven’t been by your local USO office… what are you waiting for?! Not sure where it is? Check out this USO location finder on their website, USO.org. And, don’t forget, the USO relies entirely on volunteer support and donations in order to continue what they’re doing. There are multiple ways to help, form volunteering to donating to fundraising. Take action and learn how you can support their mission here.

HAPPY BIRTHDAY TO THE USO!!