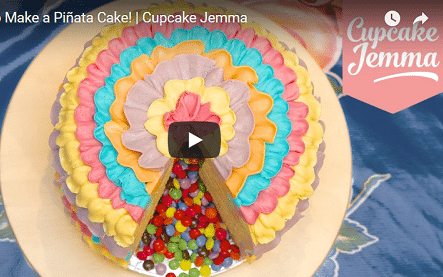 Cinco de Mayo, or the fifth of May, celebrates the Mexican army’s 1862 victory over France at the Battle of Puebla during the Second French Intervention in Mexico. Though a relatively minor holiday in Mexico, the U.S. has turned it into a colorful celebration of Mexican culture and heritage, especially in areas with large Mexican-American populations.

Like most great holidays, the menu is the life of the party during Cinco de Mayo. Plates overflow with traditional Mexican cuisines such as tamales and empanadas while glasses of frosty margaritas clink in celebration. But what about dessert? A jubilant piñata cake bursting with colorful candies will keep with the traditional Mexican theme and bring out the kid in everyone.

More for Your Tastebuds: