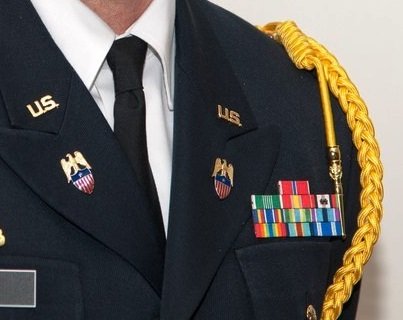 7 Career Tips: How to Succeed as an Aide-de-Camp

So you’re now an aide-de-camp? Congratulations! That you managed to get this position means that your superiors are not only impressed with what you’ve achieved so far but also believe there are still many opportunities ahead. Used correctly, this can be a spring board to all kinds of influential and important jobs down the line.

Of course the operative words there are “used correctly”. Not all aide-de-camps are equal. Here are some vital steps so that you can stick out head and shoulder above the competition. In that way, you can be the best aide-de-camp you can be and you’ll have a bright future ahead of you.

1. Alter your point of view

When you were a major, you might have been responsible for hundreds even thousands of men and women. That’s no longer the case. Instead, your responsibility has shrunk to one. That can take quite a lot of adjustment. Some people even feel that it is somehow less worthwhile. Nothing could be further from the truth. That person, after all, makes decisions that can affect tens of thousands of people. And so, your decisions do as well.

This “more and less” can take quite a bit of adjustment. Be prepared for that. Make sure that you understand you role. Be aware that your responsibility is now to be there to keep your boss comfortable, listen to their ideas and give them good feedback, anticipate their needs and requirements and keep them safe and out of trouble.

2. Your time belongs to them now

What you’ve heard is true, general officers do work much longer hours. And these hours are quite often out and about in the field. What’s more, the longer your boss works, the longer you will. Generally, you’ll be on the job before them and you will have to set up enough things for the next day that you’ll leave work after they do.

Even when you’re not there, you’ll still have to be on call. That does mean this job is one that lasts 24 hours a day. Yeah, that does include weekends. Your social life will have to fit around that somehow.

The best thing is to take care of things beforehand. This means taking any holidays you were planning, spending time with the family, automating your bill payments and dealing with your tax returns. Streamline your private life so that the little time you do have available won’t be spent putting out fires that crop up.

3. Work on your expressions

As an Aide-de-camp you are meant to be seen and not heard. And when you’re seen, people are not supposed to be able to read from your expressions what is actually going on. For that reason, make sure that you practice your poker face, so that you can keep whatever is going on from being read from your features.

Remember, you’re not protecting information from evil spies and clever moles. The truth is that often the people you’ll be keeping information from are your colleagues and concerned outsiders. They will want to get insights from you about what is going on and how it will impact them. They’ll have such questions as, “What does he want me to do about this?” The thing is, it’s not your job to do your bosses job for them. If they want that answer, they need to ask your superior.

For that reason, make sure you learn how to keep that kind of information private and prepare a standard response that has them approaching the right person for the information they’re looking for – your boss.

You might not like this part of the job. Nobody really does. Nonetheless, it’s a vital part of being an aide-de-camp. What’s that? Run everything by the ethics lawyer. That’s how you can be sure that what you’re doing is above board and isn’t going to get your boss into trouble somewhere down the line.

Some things that have to be run by them include: Travel plans, gift giving, major events and anything else like that. Also, make sure that you carefully catalog everything going out and received in a clear and concise manner. If you write it down neatly and efficiently, then it will make it far easier to check over when a review invariably comes along. In that way, you can make sure the spotlight spends as little time as possible on you and your boss.

When you are an aide-de-camp, suddenly you become a part of a person’s inner circle. That means you’re going to be dealing with a lot of private information, including what you see as well as the stories that you’re told.

It is incredibly important that you deal with these appropriately. Really, that means you do everything possible to keep what is told to you in confidence private. After all, you never know what might end up being harmful or causing a ruckus when it’s taken out of context or misinterpreted by outsiders with malicious intentions.

The best thing to do is to simply not tell those who are not meant to know anything. Yes, that might not win you friends but if you simply explain that when you start telling them anything the risk that you’ll tell them something you shouldn’t is increased should hopefully serve as enough motivation.

Also, know where and when people might pump you for information and how tricky they can be when they do so. This will keep you on your toes.

6. Keep your boss out of trouble

In truth, keeping your boss out of trouble has to be one of your biggest priorities. That means making sure they keep their noses clean, both in fact and in appearances.

The best way to do this is to steer the boss and his team to make sure that no activities are done that can be interpreted incorrectly. Make sure everybody is always aware of the possible repercussions of the actions being taken so that they can make their decision in a objective and informed manner.

It also means making sure your boss does not take anything that might be interpreted as a gift later on. For example, don’t let outsiders pay for food or drink. Instead, insist that this comes out of the petty cash of your boss instead. This will make it far less likely that anything will be interpreted incorrectly.

The truth is, being and aide-de-camp is often hard work. It takes long hours, means devoting your life to another person’s needs and it often means telling people things they don’t necessarily want to hear. At the same time, it is such a vital responsibility. Together with the rest of the team you’re helping make sure that your boss’s day and life as a whole run smoothly and efficiently, so they can get on with their actual job.

It also means you’re on the inside. Often you’re going to know a lot of things and be there when influential decisions are made. Often, that means somewhere down the line you might be the one who ends up making those decisions. That is both an awesome opportunity and responsibility. Be sure that you’re ready for that by demonstrating you’ve got what it takes. Your boss, your future and your country will thank you for it.

4 Ways to Empower a MilSpouse Career

Finding a Satisfying Career as a Military Spouse

Finding a Satisfying Career as a Military Spouse