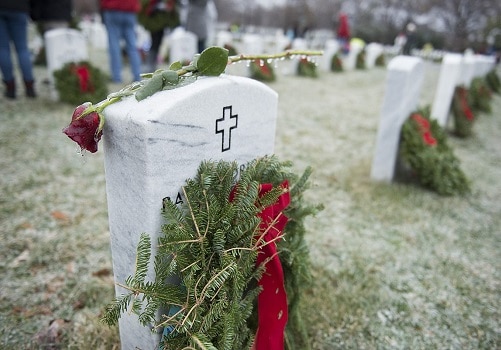 For the first time in more than two decades, the Arlington National Cemetery (ANC) is considering making changes to its eligibility criteria. The proposed changes come from the acting Secretary of the Army and aren’t coming on a whim. For the past several years, ANC’s Federal Advisory Committee (an independent body mandated by Congress to look into various ANC issues) has been researching and projecting out the future of the cemetery. By their estimates, things are bleak.

“The hard reality is, we are just running out of space. Without any changes to eligibility, we will be full… by 2041,” said Karen Durham-Aguilera, Executive Director of Arlington National Cemetery. And while that might seem like a long time from now (and it is, kind of), Arlington wishes to be open as a haven for soldiers for generations past that.

Over 150 years old, Arlington National Cemetery is the premier military cemetery honoring the service and sacrifice of our nation’s bravest and most honorable men and women. Today, ANC holds servicemembers from every U.S. conflict dating back to the Civil War.

ANC officials have said they’d like to keep Arlington open for at least another 150 years, but with things as they stand right now, that’s just not possible. There are currently more than 22 million living armed forces members and Veterans eligible for a spot at Arlington. However, Arlington has only 95,000 spaces available. That means it currently has space for less than half of one percent of the current armed forces population. 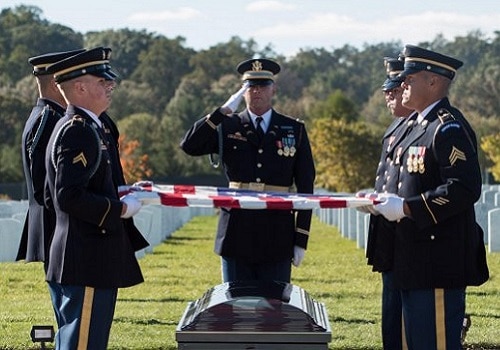 Not everyone is expected to choose Arlington, and they can certainly do more to expand the number of available graves. However, even taking all that into account, changes are necessary to keep Arlington open, active, and available for all servicemembers.

“To be able to keep ANC open and active well into the future… we’re going to have to make some tough decisions,” said Durham-Aguilera. And that’s just what they plan to do.

The Federal Advisory Committee has been conducting research for years on what MilFams and servicemembers want out of ANC. What they’ve discovered is that 95% or more of those surveyed want Arlington to remain open and active. Through military service, Veteran, and community-based organizations, as well as direct conversations with our military, the Committee has put together a proposal based on three imperatives:

As of right now, the proposed changes are not definite. The draft will be made public and available for us all to read and comment on. After that, the Committee will review and possibly revise the proposal based on the feedback they receive. So take advantage of the opportunity and let your voice be heard!

The whole process will take at least 9 months, so no eligibility criteria changes will be definite until well into 2020. To review the current criteria and learn more about what ANC offers to MilFams, check out this great free webinar from AAFMAA, What you need to know about burial at VA and Arlington National Cemeteries.

For more information on the proposed eligibility changes, check out ANC’s website or watch the video below.