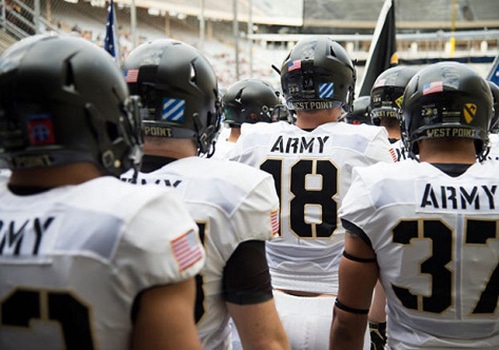 Bowl season is here, folks! It’s that strange time of the college football season when you can turn the TV on at any moment and find two random and unrelated schools facing off on a football field somewhere in America, or maybe even overseas. It’s an odd, disorienting, and wonderful time to be a college football fan. And this year, we get to see one of our service academies represent on the gridiron.

This year’s Armed Forces Bowl will feature the 10-2 Army Black Knights vs the 8-4 Houston Cougars. Although they enter the game with a better record and finished the season ranked 22nd in the AP poll, the Black Knights are technically the underdogs in this one. Houston is favored by three points.

If you’re only going to watch one game this bowl season, the Armed Forces Bowl might be the one to watch. After two straight years of last-second heroics, the Armed Forces Bowl has been ranked the 3rd best bowl game by CBS Sports for two straight years. Last December, the Black Knights pulled off an epic comeback vs San Diego State, scoring twice in the last 18 seconds.

Besides photo finishes, the Armed Forces Bowl has been known to include a whole lot of scoring. In the past four years, no team competing in the Armed Forces Bowl has scored less than 34 points. And the scoring won’t be slowing down this year. Houston comes into the game with the 4th best scoring offense in the nation, averaging over 46 points per game. While Army’s 29.7 points per game are still impressive, they’ll need to rely on their top-ranked defense to control this one. Only 13 other schools in the nation allow fewer points per game than the Army Black Knights. We’ll see if they can keep up with the Cougars’ explosive offensive attack. 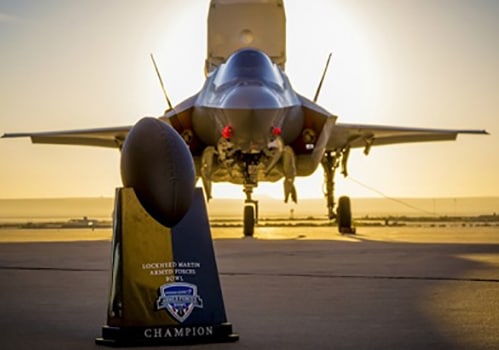 Saturday’s game will be just the sixth time that these two teams have faced off. Army and Houston played every year from 2000 through 2004. During those five games, Houston dominated Army, winning four. Even though some of the Army players were just children in the early 2000s, we’re sure the Black Knights will be looking for some sweet revenge this Saturday.

As the name would suggest, Army isn’t the only service academy to ever play in the Armed Forces Bowl. In fact, the Armed Force Bowl is the only bowl game to have hosted all three military academies. No one has played in the game more than the Air Force Academy, but they’re an unimpressive 1-4 in their five appearances. Navy has played in the game the fewest of the three service academies, going 1-1 in their two appearances. 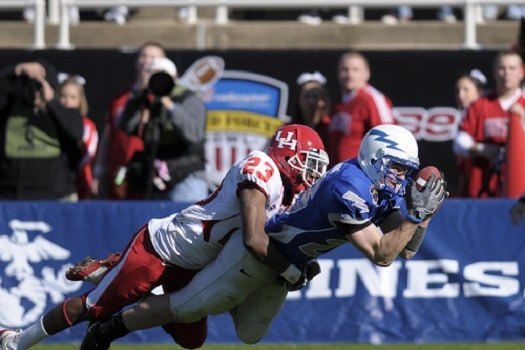 This year’s game will be played at Amon G. Carter Stadium in Fort Worth, TX. In addition to the great game, there are a number of activities planned that will honor and thank our servicemembers for their tireless efforts. You can watch it all live on ESPN at 3:30 pm this Saturday, December 22. For more info, check out the game’s official website, or find them on Facebook and Twitter.

More Excitement for Your MilFam:

10 Father’s Day Activities to Enjoy with Your Military Dad